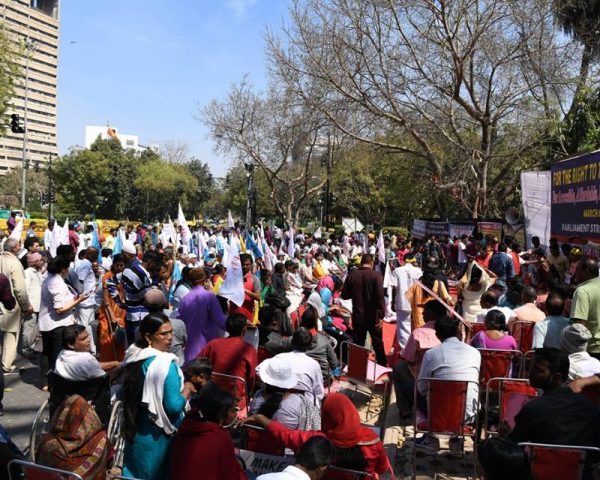 Faced with persistent protests from teachers and support staff of schools for disabled children, the Kerala government has finally announced some steps.

K K Shailaja, Minister of Health and Social Justice has said that special schools and BUDS schools, which cater to children with intellectual disabilities, will be categorized and given government funds accordingly.

The schools will be categorized into A, B and C depending on the number of students and teachers and facilities being provided.

Last year, in the biggest such protest, over 4,000 teachers and support staff from schools for disabled children across Kerala had come together to protest against the apathy of the state government. They alleged that the government was ignoring their many demands, which included more funds, granting them aide status and higher salaries for staff. Many schools are asking for welfare schemes and pensions.

Again last week, many schools gathered at their respective district collectorates to push for their demand. They now seem to have been heard.

However, many school authorities are skeptical since the previous government had made similar promises. Jayan Narayanan, headmaster of a school in Malappuram is among them. Narayanan has been active in protests since 2017.

All of us hope that this new promise from Kerala government does not go down the drain like last time. I had attended the minister’s speech where she even said that the government feels bad that staff members who work in special schools must go for such strikes. By 15 February, authorities will conduct an inspection to classify the schools. We are ready to wait till June to see if the funds are going to be allocated. Or else, we will get back to protesting. – Jayan Narayanan, Headmaster

Reportedly, there are 296 schools for children with disabilities in Kerala with 148 exclusive BUDS schools. In spite of the government announcing the new scheme, there are mixed responses from school authorities. The main concern is the time it will take for new schemes to actually be followed.

“Honestly speaking, I do not think this new promise from the government is going to be implemented. They want us to stop the protests for the time being. But we are ready to wait for our rights. We are waiting to see how this will turn up”, says Ashique C S, a teacher at Ansar School of Special Education

Scepticism is understandable given the years it has taken for them to get this far.