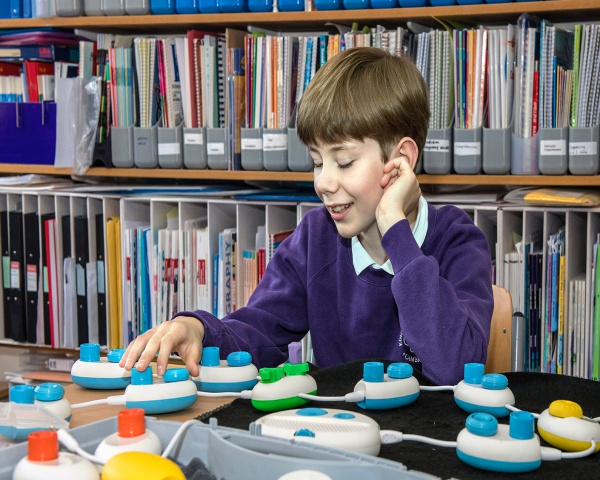 With the world getting increasingly reliant on technology, the idea of teaching coding skills to children in schools is becoming more popular. Making them accessible to children who are visually impaired is a challenge.

One main challenge is that of attitude, with most schools largely discouraging blind kids from looking at science and maths as teachers don’t have the skills to teach them. The other challenge, is accessible technologies.

As Mumbai-based Ganesh Dodkari, who takes part-time computer classes and assists his father in the family business experienced. “I always wanted to learn programming but there was no way for a visually impaired like me to learn. Companies are looking to hire people who know coding and I felt those skills would have improved my employment prospects”.

Those are exactly the kind of barriers that Microsoft is looking to break down and they want to start young. Since 2017, it has been working on a way to teach visually impaired children to code.

Launched as Project Torino, this is a “physical programming language” that teaches basic programming to children between seven to 11 years of age. The good news is that Microsoft is expanding the project to India and some other countries under the name Code Jumper.

A move that has been welcomed by many experts in the Braille literacy space as a step towards creating more opportunities for the visually impaired community in India. “For long they’ve been told they cannot do certain things and absence of resources has been one of the major factors contributing to this mindset of people”, points out Upasana Makati, Founder-Editor, White Print, the lifestyle magazine in Braille and Tactabet, which are Braille-Tactile books with English and Hindi alphabets.

“I have had conversations with a few of my subscribers who were told by their teachers that they had only two options- either becoming a teacher or pursuing music. So yes, there is an evident dent in perceptions people have. The move by Microsoft is a huge one – Big for visually impaired kids who will now have the opportunity to explore, learn and pursue their passion”, adds Makati.

The usual approach of teaching coding to children through command blocks that are dragged and dropped together to create programs does not work for visually impaired kids as they can’t read those commands, not even with assistive technology such as a screen reader or magnifier.

That was the trigger for Project Torino, a tethered hardware device with brightly-coloured, softball-sized pods in different sizes. Each size stands for a different command and children can pick the blocks and use the tether to connect them for creating programs.

Learners string the pods together to create code that plays music, stories, and poetry. The idea is to allow visually impaired children to participate in coding exercises in the classroom alongside seeing students, or to allow all students to learn the basics of coding in a tactile way.

“It’s a set of physical pods that you connect together with wires”, in the words of Cecily Morrison, who is part of the research team that worked on Torino. “Each of these pods is a statement in your program, and you can connect a number of pods to create a multi-statement program which creates music, stories or poetry. And in the process, with different types of pods, we take children through the different types of control flows that you can have in a programming language”.

Torino will be launched India later this year as Code Jumper. The other countries are Canada, Australia, and the United States by the end of 2019.

Code Jumper will help break down the access barriers for visually impaired children. When we were testing our prototypes on blind schools, we found that many of them were scared to handle mobile devices as they were worried about dropping them. They act on the basis of muscle memory so to use that aspect and integrate it with touch is a good idea. It will also help in perception development down the line. – Anita Gulati, Founder, TouchVision

Teaching coding to blind kids at a young will open doors to studying more subjects and increase employment prospects as well, believes Lovepreet Singh, a visually impaired music teacher in Jallandhar and a key member of the group that developed the app Tech World . A free Android app, Tech World brings all the online resources that are available for visually impaired people on one platform.

“It is great that Microsoft is bringing Project Jumper to India because access to coding is something that is missing for visually impaired children. This will open up more opportunities when it comes to education and employment”.

Education and employment apart, such technologies will “boost the confidence of the community to look beyond what has been drilled in their minds all through”, as Makati says.