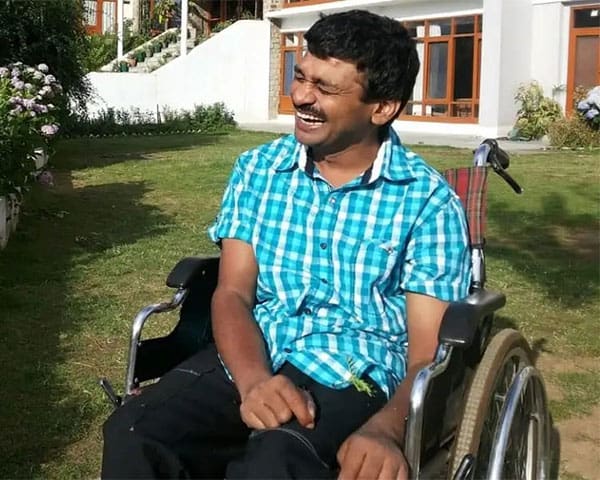 The interim Budget may have made the aam aadmi happy and even boosted the Narendra Modi government’s prospects ahead of the national election in a few months. However, what is undeniable is the deep sense of disappointment and anger felt by the disabled community.

Speaking to NewzHook, Dr Riitesh Sinha, an innovator with cerebral palsy based in Karnal, Haryana, said “There is no mention of the fulfillment of the commitment to provide accessible toilets in all the railway stations as in the previous Budget. The government should have given an enhancement in deductions under Section 80U as there is an increase in the limit of taxable amount. Again, there is no mention of Accessible India for physically disabled people”.

Missing from key announcements on infrastructure development, rural and urban development, skill development or employment is the aspect of inclusion.

In a statement, Equals Centre for Promotion of Social Justice (Equals CPSJ), a disabled peoples’ organization based in Chennai, says none the promises made under the three-year-action agenda of the NITI Aayog and the Accessible India Campaign find reflection.

There was no mention of any commitments apart from the PM’s Ayushman Bharat scheme, but that too had nothing to do with people with disabilities. It just says that if you are injured at work, you are entitled to some benefits but that has nothing to do with people with disabilities. There is no mention of inclusive growth or participation. Even commitments made as recently as 2018 have not been mentioned and the overall increment is limited. – Meenakshi Balasubramanian, Equals Centre for Promotion of Social Justice

Priorities set aside under the Accessible India Campaign (AIC) like strengthening accessibility, improving education and employment opportunities, centres for disability sports, etc are a blind spot as well.

“There was no roadmap about making India accessible, as per the RPWD Act 2016 by 2021”, says Pramod Sharma, a cerebral palsy patient. “Neither was the disability pension increased, nor any concession given on any aids and nor is there an increase in tax rebate of any kind”.

Detailed studies by the Equals CPSJ show that since 2014 -15, there are huge unspent balances from the Budget estimates proposed. The Centre’s contribution was just 16% in 2017-18 and there has been no move to supplement states based on their growth and development.

“Under the AIC so far funds have been released to retrofit only 56% of the total buildings for which access audit has been completed and reported and only 25% of the government websites selected are made accessible”, pointed out the Equals CPSJ in a press release.

Studies also shows that the allocation towards persons with disabilities by the Centre was at a constant of 0.03% to the overall disbursement from 2014 t0 2016, and follows a decreasing trend from 2017-18 at 0.02%.

Balasubramanian says this indicates how the disabled community has not been recognized as a political group. “Given the marginalization we are not considered in the intersectionality in any area be it caste or gender. Nowhere in this Budget, does that aspect of reaching out to the most marginalized find reflection”.

On paper the tax relief to people with disabilities and families is nearly equal to the allocation to the Department for the Empowerment of Persons with Disabilities (DEPwD), but the as Equals CPSJ points out, there is a need to look at who this is benefitting when nearly 80% of families are surviving on less than Rs 150 a day, not and counting the cost of living with a disability.