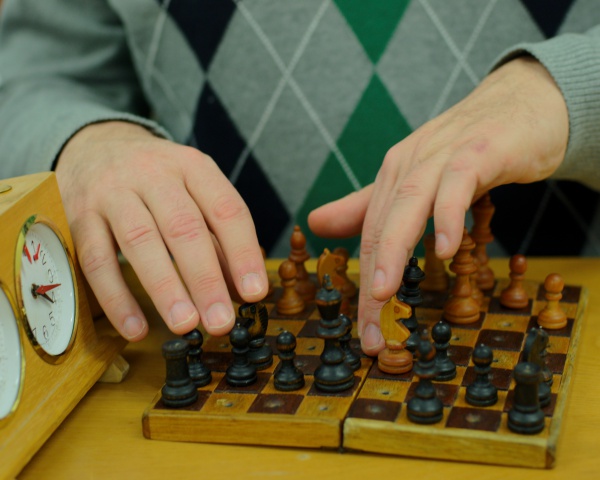 Their travels across India to understand the chess scenario brought home to Sagar Shah, Co-founder, Chessbase India, the country’s biggest chess news portal, and wife Amruta the incredible talent that is waiting to be tapped.

Starting 2017, the Shahs visited 44 cities and recorded 1,500 videos of different players and found stories of rare grit and determination. “We found kids who were so dedicated to chess that they had given up their education to focus on the game”, recalls Shah. “We met a parent who had given up his job so he could help his son pursue chess and also organizers going out of their way to encourage the game.”

What the travels also brought home was the hard reality that players lacked support, something Chessbase India is working to change. It does this by actively providing support to budding chess players, which includes people with and without disabilities.

Chessbase India is also credited with encouraging and building awareness about blind chess, which has so far received little official support.

We decided to become a bridge between those who wanted to contribute towards the game and those who wanted to play chess. We visited the blind chess champions across India wherever they were playing and would stay with them. So, we would cover the tournament in the morning and spend time with them in evenings as they prepared. Over time I became a close friend of all the players. – Sagar Shah, Co-founder, Chessbase India

Shah went on to become the coach of the national blind chess team, traveling with the players to countries like Bulgaria and Poland for international championships. “I had watched their struggles closely and could understand them”, says Shah. “I spent nearly two months studying the blind chess scene closely”.

“Visually impaired people cannot read books and we rely on laptops to prepare. Chessbase has helped us see the games of other players. They have a database, which is a collection of all the games from the 80s, of which an upgraded version is released every year and we rely on that. Also, images in the PDF format are not accessible to us and thanks to Chessbase we can make out where all the pieces are”.

Apart from access, Chessbase’ tireless efforts have brought blind chess players considerable stature and recognition. “At sighted tournaments, many grandmasters have come up to me and said they have heard of me and all this is because of Chessbase”, adds Gangolli.

Jennitha Anto, four-time world champion in the physically disabled category, relies on Chessbase to prepare her moves before every game.

“The software and the website are invaluable to improve the game. Before every game I prepare my opening moves with the help of Chessbase and the site is also useful after the game is over to evaluate my game. The replay training mode in Chessbase 15 is especially useful”.

Chessbase also offers scholarships to needy players, with and without disabilities. The donors are chess fans who want to help support the game. Most recently one of the scholarships has been awarded to Samarth Rao, a player with 100% cerebral palsy from Karnataka.

“My son is unable to walk even short distances due to his disability”, says Jagdish Rao, a clerk at Syndicate Bank. “The funds will help with travel expenses as well as his travel to the United States and Slovakia later this year for the world Junior Championships”.

Today blind chess occupies the pride of place in Indian para sports, thanks to the fierce resolve and purpose shown by players who are determined to beat all odds. The role played by Chessbase India has invaluable in reaching this milestone, given the poor official support and recognition.