"After playing for 15 years, I am getting recognition now" – My Take by blind chess champ Kishan Gangolli 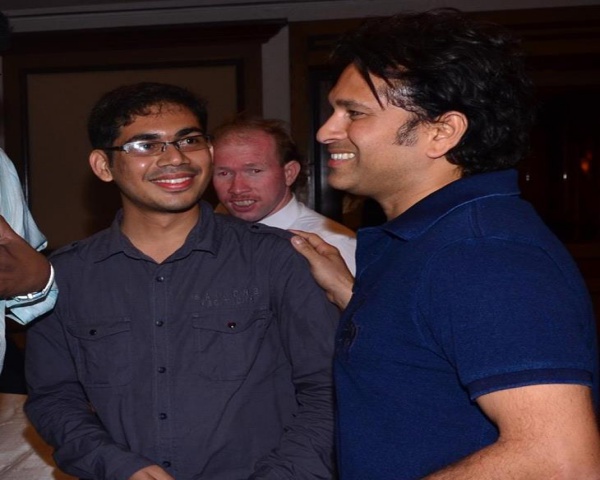 In My Take this week, blind Kishan Gangolli, regarded as the greatest blind chess player that India has ever produced, talks about his journey reaching the top of the game and why he nearly quit playing.

Growing up in Shimoga, Karnataka, I could never participate in games or play outdoor sports like my friends and classmates did. I had 75% vision disability, which limited my sports options and I would stay indoors during games period, which was quite lonely.

Things changed for me when I was around 11 years old, which is about the time my uncle introduced me to chess. He was interested in the game but for some reason couldn’t play it. He noticed I had an aptitude for it and took me under his wing. That’s how I got hooked to the game.

My uncle taught me the initial moves and when he saw I was picking up quickly, he enrolled me in a local academy, Nalanda Chess Academy to further hone my skills. I was also academically strong and pretty good at studies and started focusing on studies seriously in class nine, so chess took a back seat for a while.

At this stage it was still a hobby and I would play now and then in sighted tournaments. Then in 2011, I found out there were tournaments for blind people, and I decided to pursue this seriously. I played my first national championship in 2011 and came second. I was 19 at the time. I also took part in the World Juniors held at Greece and came sixth. I would say that this was the point when my chess career took off.

After joining the Indian team, I had the opportunity to be coached by people like Sagar Shah. In the last eight years that I have been playing seriously, I have been the National A champion five times and the Asian champion in 2018. I am also a two-time Olympiad medal winner and as team captain for my state Karnataka, I have won many rapid chess events beating sighted players.

This all sounds very good but there was a time when I almost quit the game and decided to sit for the competitive exams seriously because there was no recognition or support. Blind chess was not recognized by the government as a sport, which meant no job opportunities, or sports quota, etc. I felt despair because while I was performing well I was not getting anything.

It also does not help that chess is an expensive game. To play in the sighted tournaments you have to pay a fee which I couldn’t afford. Blind tournaments, on the other hand, you can play for free. That’s one of the reasons why my ranking is rather low.

I come from a middle class background and my mother, Geetha, has supported us right through with her earnings as a beautician. I felt I should take some responsibility, given that I had a good academic record as well. I had passed the state eligibility test for lectureship in the first attempt itself and I thought I should sit for the competitive exams.

I was lucky to have the support of people like Sagar Shah and chess great Dr Charudutta Jadhav who encouraged me and said they would organize a job for me. At that low point, I also got a letter from a nine-year-old boy saying that he had won some prize money which he would send to me. All these gestures really moved me and I decided not to give up chess.

As it turned out, the subsequent months were great news for blind chess. It got included in the Asian Para Games as a sport, which meant the government of India would have to recognize it. We were also invited to meet Prime Minister Narendra Modi, which was a big honor. I felt motivated to continue.

To visually impaired people, who are contemplating chess as a career, I would say to them that this is the only sport where you can play with the sighted. It helps in studies and build self-confidence. If you feel this is the direction for you, then take it up and be patient. After playing for 15 years, I am getting recognition now. So, all players will get their moment. Just be patient, wait for it and keep working at it.