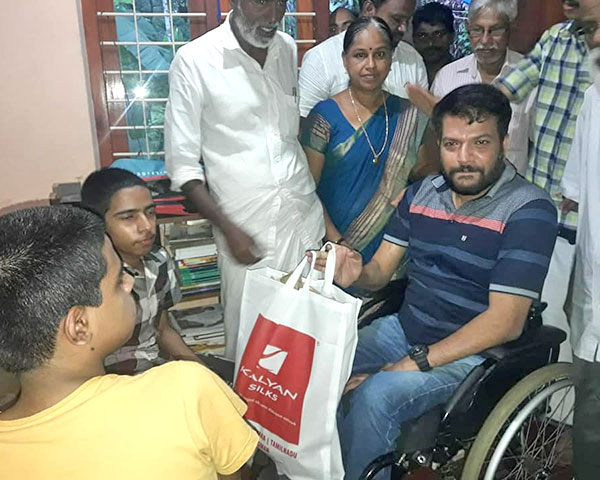 In August last year, Kerala was hit by the most devastating floods of the century. Hundreds of people lost their lives and lakhs of people became homeless. The disabled community was especially hit hard, with many still homeless.

To help them out, the Divyang Foundation, an NGO headed by activist Prajith Jaipal and friends in Kerala, is reaching out to wheelchair users. They have collaborated with the Indianapolis Indian Malayali Association in the United States to sponsor wheelchairs to over 30 people. this will be distributed at the event Punarjani.

The event will be held on 3 March and the wheelchairs have been manufactured by the company Invacare.

The Kerala floods last year has left many wheelchair users in the dark. I live in Kozhikode which was least affected by the floods. But there are many people in places like Ernakulam and Alappuzha who are struggling to make ends meet. We have over 43 applications and we are trying to identify 30 from it. – Prajith Jaipal, Co-founder, Divyang Foundation

During the floods, the foundation provided basic amenities, beds and food to some teenagers from economically backward families near Kozhikode. Jaipal and his friends had planned for ‘Punarjani’ during that time and plan to hold the event at the Kochi Muziris Biennale venue.

“The Biennale Foundation has been very supportive. Punarjani is also a chance for wheelchair users to come out of their homes and witness an art festival like the Biennale. Most of the beneficiaries have not even come out of their rooms. We hope this will provide them with a great platform to check out one of world’s biggest art festivals”, says Jaipal.

Malayalam super star Suresh Gopi is the chief guest at the event, which will also be attended by Kochi Mayor Soumini Jain and District Judge Justice Shashindran.

Suhas Nambath, will also be a part of the event.

“When Prajith he spoke about this venture, I wanted to be a part of it”, says Nambath, who is a volunteer with the NGO Palliative Care. “We have been reaching out to disabled flood victims in many ways. We are still looking into more ways to support them”.

The Punarjini event is a great way to make a start.