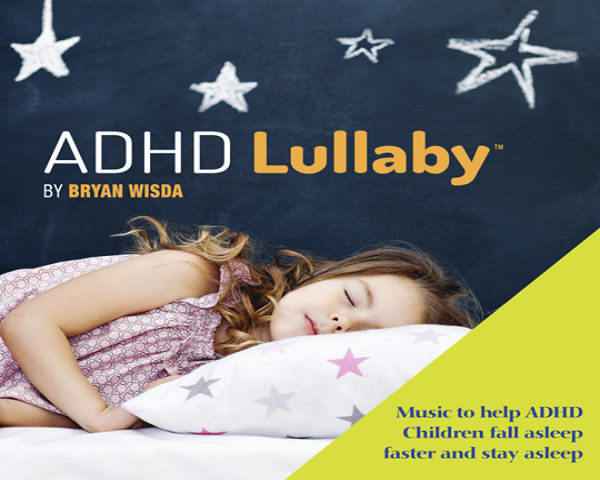 “I can’t sleep”, is a line that many parents with ADHD kids are used to hearing every night. Studies show that children with ADHD are four times less likely to fall asleep quickly and stay in bed all night. This means parents are in for a rough night too.

Bryan Wisda, a law enforcement officer in Arizona, United States, would face this every night when it came to his son, who has ADHD. “Cale would take forever to get to sleep at night. Hours! My wife or I would have to stay in his room to make sure he got to sleep or he would get out of bed and play the minute we left the room. Typically, we would play music to help him calm down and sleep”.

Wisda, who was shot while on duty in 2016, learned to play the guitar during recovery. He would occasionally strum the chords to soothe his son to sleep, the go-to tunes being Brahm’s Lullaby or Twinkle Twinkle Little Star.

One night he decided to play some random notes, akin to a jazz tune, and his son feel asleep quickly. Cale asked his dad to play the same tune the following night.

From there, I asked a friend who is a psychologist why that worked. In western music, people are accustomed to hearing the pattern in the music – if there is no pattern, the mind will try to identify a pattern much like a fill-in-the-pattern math problem. I tried various combinations and found that combining rhythmic and non-rhythmic elements worked best when coupled with specific frequencies known within neuroscience to relax the human body and the brain. – Bryan Wisda, Arizona law enforcement officer

Wisda then went on to research neuroscience, music therapy, binaural beats, and other sound soothing techniques to incorporate into songs for his son’s night-time routine. The visible benefits inspired him to seek a patent for his music, create the label Zezz Music Limited, and produce an album of lullabies. “To record the album, I had to teach myself to play rudimentary piano as well”, he adds. Called ADHD Lullaby, the album is available for streaming on Jio Saavn for Indian audiences.

“Cale has had a fairly involved input on the original song produced, Cale’s Lullaby, as it was recorded specifically for him. He has also been very involved in the album in terms of providing production feedback”, says Wisda.

Wisda and his wife play the album every night for their son, who loves it. What is overwhelming are the responses from other parents.

Lea Hilden, whose seven-year-old son has ADHD, says her son goes to sleep within minutes of the song being played. ‘He’s used to me putting on meditation music at night which helps but still a little bit to fall asleep. I put Cale’s Lullaby on and within a minute he is knocked out”.

Another mom responded saying the music helps calm her daughter down during meltdowns. “Music always helps my daughter but I could never imagine helping Cale’s Lullaby helping the way it does. The music has had a positive impact is helping with behavioural problems”.

Wisda never expected the music to have this kind of reach and impact among children with autism and adults. “I didn’t expect the sheer number of people sending me feedback. Some of the feedback will make you cry because it is so impactful in other people’s lives”.

About one in 100 children in India under age 10 has autism, and nearly one in eight has at least one neuro-developmental condition. Trouble falling asleep at night is a common side effect of the medications given to children with many of these disorders. “I hope this album helps other parents and children who are struggling to find an answer to the sleep problems”, says Wisda.