How Kavish, my little cricketer, inspires every day – Guest column by Prerna Khanna 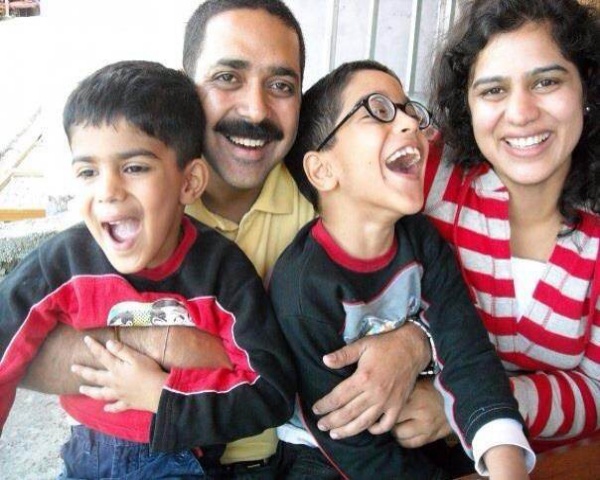 In our guest column this week, Prerna Khanna talks about the joys and learnings as mother to a child with severe spastic quadriplegia.

“Mama, a few days back a stranger stopped and said to bhaiya (his helper) ‘Isko us patri par chhod ana tha jahan rawan jalaya tha’, said Kavish, my 18-year-old son who has severe spastic quadriplegia and uses a wheelchair. When I asked him why he didn’t tell me this right away, he said, ‘Mujhe laga aap udaas ho jaoge’.

This was a conversation over dinner, and I could feel such pain and anger inside of me as I heard him speak. At the same time, I was wondering how it would have affected him.

I went on to tell him how every Indian citizen has the right to live with dignity and that if anyone tried to assault him on the basis of his disability could be punished.

Kavish then went on to talk about another incident when a lady told the bhaiya to put him in a special school. I asked Kavish, ‘why didn’t you tell her that you study in the best mainstream school?’ He said, “I kept saying I am in class seven, but she did not pay attention. Then bhaiya told her that I was in a mainstream school and she said Aise bache normal school nahi jaate.

Small incidents like these hurt my little boy as he goes out on his wheelchair every day. It shows the preconceived negative notions about people with disabilities. How I would love to give these people a piece of my mind but Kavish has to learn to fight his own battles. This is the reason I have been empowering him with confidence.

Even in a class of 40 students he tries to express his views despite having slurred speech. This attitude has meant that the teacher has to involve him in any discussion in class. Getting the appropriate day-to-day feedback from Kavish inspires me to do what is right for him and the other special students I teach.

By the time he was 13, Kavish had undergone 12 years of multimodal intensive therapies, an eye operation, 120 sessions each of hyperbaric oxygen therapy and acute acupuncture, six months of Kerala Ayurveda treatment and lots more, much of these were extremely painful.

In April 2011 we had taken Kavish to Mumbai for a certain type of therapy that came strongly recommended. It turned out to be one of the most humiliating experiences. This therapist had many trainees working with her, and they would remove his clothes, and ask him to perform some action like hold a pen with one of his hand.

Now this is not easy for Kavish but he would do his best, but she would shout at him and Kavish would respond in anger and pain. She would not allow parents inside so I would watch through a glass door with tears in my eyes. Finally, after a month when I noticed no improvement, I returned to another setback. Kavish’s left hip was dislocated and we had no idea when and how it had happened. I was disturbed by the fact that in all these 10 years of therapy with some of the best in the field, this dislocation had not been diagnosed.

In January 2013 during a regular eye checkup Kavish was diagnosed with right eye retinal detachment, despite the fact that I had been getting him checked regularly after he suffered a similar problem in his left eye.

All this might depress most people, but not my bubbly, energetic cricketer, who is so full of life.

I clearly remember the day when my younger son Ruhaan gave me the news that he had been selected for the school lawn tennis team. Little did I know what was going inside Kavish’s head. Days later, the school cricket coach said Kavish wanted to join the school team. The coach said, ‘Abhi aap bahut chote ho’ to which Kavish said “But mera bhai to grade 6 mein hain aur wo to select ho gaya hai. To which he said, ‘theek hai tu mehnat karega to tujhe bhi next year le lenge‘.

So, one fine day Kavish came back from school with the phone number of the coach and said he wanted to join his academy. Till date he goes there with his own bat and ball and plays on the ground.

I feel cricket has given meaning to his life. He watches cricket all day after coming back from school, besides studying.

Once when he heard the news about a cricketer who died due to a ball injury, he refused to celebrate his birthday that year and wanted to send his saving to his family.

Once someone asked him “What is your ambition in life?” to which Kavish replied, “To become a cricketer”. “And how do you plan to achieve that?” was the question that followed. “By practicing everyday”, said Kavish. And he is doing exactly that.

So, if you think life is hard for you, you need to take inspiration from my little cricketer who inspires me each day and above all has taught me …. GRATITUDE.