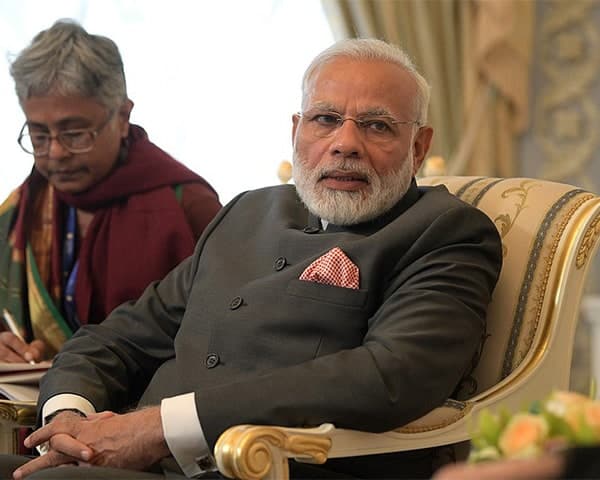 Angered over the lack of apology from Prime Minister Narendra Modi after his insensitive remarks on disability rights groups in some states have filed a police complaint.

Among them is the Tamilnadu Association for the Rights of All Types of Differently Abled Caregivers (TARATDAC), which is affiliated to the National Platform for the Rights of the Disabled (NPRD). The complaint has been lodged at the Saidapet police station.

“We got to hear about the mocking remarks made by PM Modi a few days after it happened”, said S Namburajan, State General Secretary, TARATDAC “This is unacceptable and groups associated with the NPRD across India have decided to register our protest”.

In a statement issued soon after a video of the PM’s interaction went viral, the NPRD had demanded an apology, referring to previous statements of an offensive nature.

“This disgusting attitude comes from a person who had equated disability with divinity and coined the term “divyang”. Even during the 2014 Lok Sabha election campaign Narendra Modi had used terms like blind, deaf, lame etc. to belittle his rivals. It is a reflection of a totally regressive mindset”, said the NPRD’s statement.

With no apology forthcoming, various associations have decided to file a complaint. “Three states have done this, Telangana, Andhra Pradesh and Tamil Nadu”, said Muralidharan Vishwanath, General Secretary, NPRD. “More states may follow suit in the coming days”.
The FIR has been registered under Section 92(a) of the RPWD Act 2016. This states that anyone who intentionally insults or intimidates with intent to humiliate a person with disability in any place within public view will be punished.

In the past we could not react because there was no provision in the law. In 2014, when the PM made those offensive comments, there was nothing we could do. With the RPWD Act coming into effect in 2016, that is no longer the case and we can now look to the law for justice. – S Namburajan, State General Secretary, Tamilnadu Association for the Rights of All Types of Differently Abled Caregivers

TARATDAC has said that if the PM decides to ignore the FIR, there will be nationwide protests. Protests have already been held in Tamil Nadu, Telangana and Andhra Pradesh and disability rights groups say they are determined to pursue this.

“The police is yet to act on our complaint because the PM was at a rally”, says Namburajan. “But if they continue like this we will hold protests outside the police station if required. We will simply not accept such behaviour from anybody even the Prime Minister”.