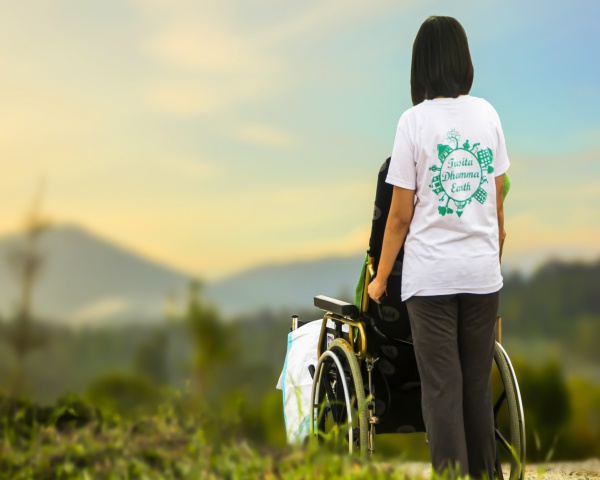 The government of Kerala has been taking some important steps to promote inclusion, be it at the workplace, in tourism and education. In 2018, the government launched the Barrier Free Tourism Project that aims to make over 100 tourist locations across the state accessible and disabled-friendly. Last week, the government completed the first phase of this project and now state capital Thiruvananthapuram is all set to be made accessible for disabled people under the Accessible India Campaign.

The Department of Empowerment of Persons with Disabilities under the Ministry of Social Justice and Empowerment has started working towards making 51 places across the district accessible. The organizations Samarthayam that works towards creating accessible spaces will do the audit for spaces that needs to be made disabled-friendly.

Sindhu Sudevan, President, All Kerala Wheelchair Rights Federation (AKWRF) says it is high time the the district is made accessible so people with disabilities can do things things independently.

Just because we are on a wheelchair, it does nt mean that we do not have dreams and aspirations. Even we would love to go to a beach and experience waters. Ministers in the state have claimed that the district is 60% accessible. But it is not and I hope this new project under the Accessible India Campaign will make things easier for us. We want places to be accessible for the future generations of disabled people. They must be able to do things independently. – Sindhu Sudevan, President, All Kerala Wheelchair Rights Federation, Thiruvananthapuram

The works will be carried out in two phases under the guidance and monitoring of the department. To begin with, authorities aim to make government buildings accessible. Over 28 buildings in the district have been shortlisted for that. Reportedly, over Rs eight crore has been kept aside for the construction works. Of this Rs four crore has already been released.

Apart from government buildings, popular places like parks, museums and zoos in the district will also get a revamp. They will be fully made accessible for people with all kinds of disabilities. Authorities have also put forward plans to make footpaths and traffic intersections accessible for disabled people.

Rajesh S, who is based in Thiruvananthapuram, is hopeful the campaign will address the gaps in accessibility.

“Most of the government buildings in Thiruvananthapuram have wheelchair ramps and this is something the state government has been successful at. Also, the government has introduced a new law under which all the new upcoming buildings and those under construction must be made accessible. This is a great initiative”, says Rajesh, who is with the AKWRF.

Kerala truly shines light to accessibility under Chief Minister Pinarayi Vijayan. The state has implemented projects and schemes for disabled people without any delays or hassles. Hopefully, other states can follow suit