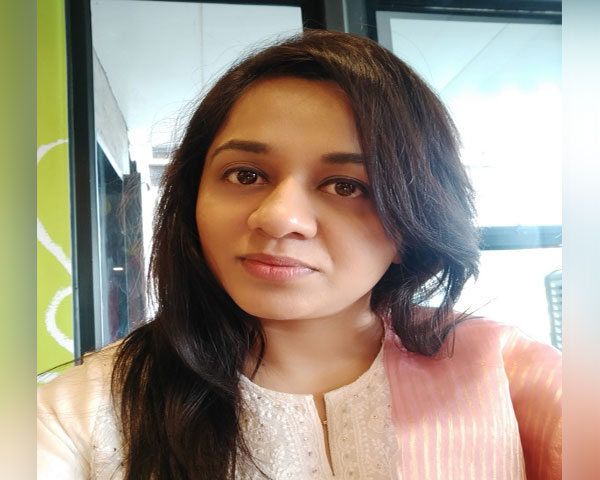 Our guest column this week is by Dr Elavatsala Sharma, a psychiatrist and psychotherapist with the Serenity Neuropsychiatry Clinic in Vadodara, Gujarat.

In 1890, psychologist, philosopher and physician, William James, introduced the idea that our thoughts can change the function and structure of our brain. This theory was ignored for the first half of the 20th century, until studies on stroke victims in the 1960s reported evidence of the brain re-wiring itself following damage.

Our brain is wired up in two major ways; through repetition as well as strong emotional or physical experiences.
Repetition is creating and strengthening a pathway of information to the appropriate part of the brain. Recurrence of this activity strengthens the pathway and goes on to form a habit or an automatic behaviour.

Learning the alphabet is a form of repetition. So is learning to drive a car. The very first time you drive a car, you begin creating new pathways in your brain. Over time, these pathways get stronger and you no longer think about every little motion of driving; it just comes naturally.

This is also why habits are hard to break.

If we think of these pathways as fine cotton thread, you can imagine how easy it is to break after only one time. However, if you reinforce this pathway with three more repetitions, the threads together are a little stronger. Each repetition adds another thread, and soon you’ll have a thick, sturdy rope.

However, if something new and strongly emotional or physical happens, a pathway can be formed after just one experience.

Take an example of my friend feeling physically sick and emotionally drained after eating lemon pie. These feelings associated with rock solid pathways in my friend’s brain that lemon pie makes you sick. The emotional and physical component was so strong that it didn’t need repetition to strengthen it.

Unfortunately, our brain can wire up false information. My lovely friend knows in theory that lemon pie will not make her sick, but her brain believes it so thoroughly that both the thought and smell make her stomach burn.

As we go through childhood and adolescence, our brains can wire up tons of information that is based on our experiences, but fundamentally isn’t true.

For example, imagine a young boy who gets completely confused about a simple question and gets it wrong in front of the whole class. Imagine that the teacher gets angry, the whole class laughs and someone behind him calls him a name.

Two things could happen; if that boy is confident and knows he’s actually smart but just made a silly mistake, he might laugh it off. But if he is vulnerable and gets flooded with strong emotions of embarrassment, even shame, those emotions might form pathways that say ‘You are not smart’ or ‘Speaking out in front of people will cause shame and embarrassment’.

Neither of which are true, but that boy has just formed a rock solid pathway.

Being neglected, abandoned, abused, teased, bullied, disrespected, lied to, cheated or hurt is all experiences that our brain can form strong, but false, pathways upon. Being rejected as a child can form a pathway that tells us ‘You are not good enough’. This idea of never being good enough can follow us through our lives, quietly sabotaging jobs, relationships and friendships along the way.

So, let’s get back to the good news – we can re-wire our brains.

Re-wiring your brain is much more involved than positive thinking or working hard. To create new neural connections in the brain, there are five pathways that must be stimulated.

As we know with the cotton analogy, one thread alone is not strong enough to re-wire your brain. However, multiple threads added to it will soon give you a solid pathway that will result in lasting changes.

The five areas that need to be stimulated are your beliefs, feelings, vision, actions and repetition.

Let us use an example of personal perception. Imagine we want to change a perception of low self-esteem or self-worth into one of good self-esteem or high self-worth. Using affirmations on their own to increase a feeling of self-worth is often not enough. We need to stimulate all five areas.

Here’s how we can increase the feeling of positivity toward ourselves:

Mental imagery may be seeing you smiling or laughing, healthy, full of confidence and strength. Run a little picture of that over in your mind while feeling those chosen emotions. Physical pictures might include looking at what this desired state will bring to you. It might be something as simple as a person sitting in a chair in a beautiful garden. It might be a person enjoying something you’ve always wanted to do, like singing. The key with this technique is to imagine you as that person. You have to imagine it’s you. Imagine how you would feel in that moment.

It doesn’t have to be a morning ritual only. Focusing on this for five minutes in the morning forgetting about it for the rest of the day will take longer for it to ‘stick’. Instead, run through this process whenever the thought pattern you are trying to eradicate comes up. This series of steps can be run through in just a few minutes or even seconds if you want it to.

Keep it fresh and at the top of your mind until it is an automatic habit. Think of a belief you want to re-wire in your brain and try this technique out.