India on a roll at the 2019 Special Olympics World Games 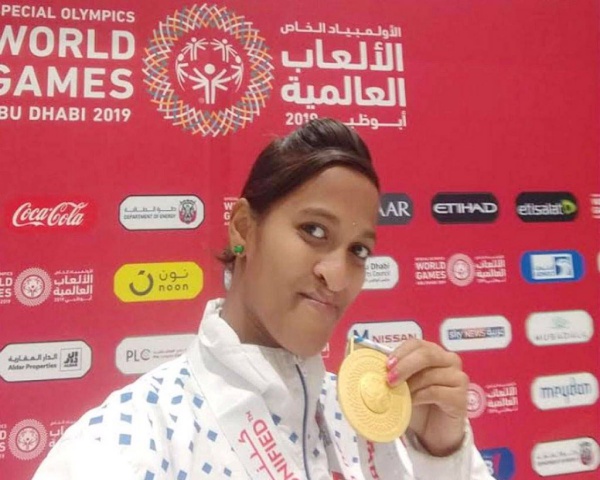 With 188 medals in the Special Olympics World Games in Abu Dhabi, India is truly making its mark on the world stage. The haul of medals so far has been 50 gold, 63 silver and 75 bronze medals.

Started 50 years ago, this is the first time that the Special Olympic World Games are being held in Abu Dhabi. India’s tally shot up with its performance in the women’s table tennis event, where it won five medals – four gold and one silver.

In the other games too India has put up a stellar performance. Sonu Kumar of Rohtak, Haryana won the gold medal in the judo event, winning all three bouts. For Muskan it was a doubly sweet as she won a silver each in squat and bench press and followed it up with a gold in deadlifting.

Watching the medal tally on the scoreboard with great satisfaction is Avtaar Singh, Head Coach of the Indian Special Olympics Team. Singh has been a coach for over 30 years.

I have spent over 30 years training children with special needs in particular children with intellectual disorders. I have also trained players in the states of Bihar and Jharkhand and almost 30 players from these two states have won international-level medals. I am very happy with their performance as they have put India’s name on the world map. They have honored not just Special Olympics India but also Special Olympics Asia Pacific, which I represent as well. – Avtaar Singh, Head Coach, Special Olympics Bharat

India has performed well across a wide spectrum of sports like roller skating, weightlifting. A large part of the credit, says Singh, goes to the government for encouraging para sports.

“The government has been making slow but steady efforts to support them. Like the Swami Vivekananda Scholarship is now Rs 1,000 a month and thanks to the UDID, travel by train will become substantially cheaper. Singh says the steady support has enabled them to compete at national and international levels. “Our sportspersons shone in the midst of athletes from 100 countries and now it’s high time their respective states recognize and encourage them.