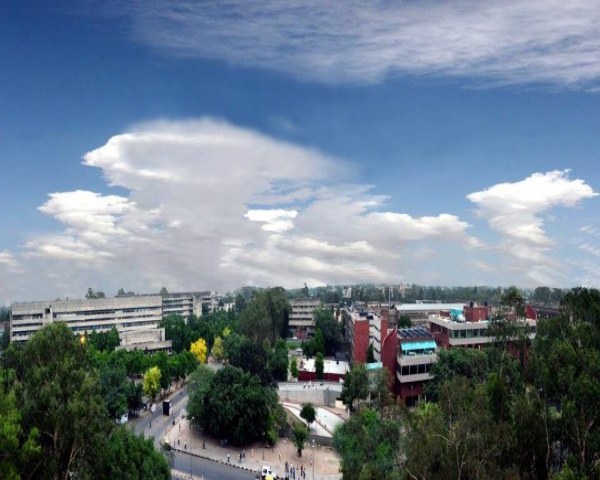 In a welcome step, the Post Graduate Institute of Medical Education & Research (PGIMER), Chandigarh has announced that it would implement the Rights of Persons with Disabilities Act 2016 in the prospectus of the next session starting July 2019.

It’s a sad state of affairs that over two years after the Act came into being, implementation remains a sorry state of affairs in many aspects, including education, with some of India’s leading medical college hospitals failing in this aspect.

Something that disability rights crusader Dr Satendra Singh had raised in a letter to J P Nadda, Minister of Health & Family Welfare (MoHFW) in a letter in December 2018.
Dr Singh drew attention to three institutions of national importance under MoHFW that were violating the RPWD Act 2016 in post graduate MD/MS courses for the January 2019 session. These were:

In response, the PGIMER in a letter dated 23 March 2019, has said it would change the prospectus to reflect the Act as well as appoint a Grievance Redressal Officer.

The letter signed by the Registrar of PGIMER, says “The case regarding implementation of Rights of persons with Disabilities Act, 2016 was placed before the competent authority and it has been decided by the authority that the Institute has implemented the Rights of persons with Disabilities Act, 2016 in the prospectus of July, 2019 session. Further, the Public Grievance Redressal Committee has been constituted and Professor Arvind Rajwanshi, Dean (Research) is appointed as a Chairman of the Committee.

The move to do without any ministry level intervention has been welcomed by Dr Singh, but he is disappointed by the silence from the others.

All of these three are autonomous Institutes of national importance directly under MOHFW. They can even do more than the bare minimum required. That they haven’t done the basic shows their lack of knowledge of the law and the will to be agents of change. JIPMER hasn’t responded. Same is true for AIIMS Delhi which even went to court to deny an acid attack survivor a job in the nursing profession. The new AIIMS centres in Raipur and Gorakhpur responded to my requests to amend guidelines on one leg and both leg criteria but if AIIMS Delhi were to send out a signal to respect diversity, it will be easier for the other AIIMS to follow. – Dr Satendra Singh, Founder, Doctors with Disabilities

As prime educational institutions of excellence, these centres have the opportunity to effect a change in societal attitudes towards people with disabilities. “Global literature shows that doctors with disabilities are more empathetic as they have the lived experience and can certainly improve the doctor-patient relationship, points out Dr Singh.

Worldwide too, there is growing awareness of the need to sensitize medical trainees to the kind of barriers that people with disabilities face and to recognize that the people best placed to remove those barriers are doctors with disabilities themselves.