Election Commission of India’s accessible election promises face the acid test. Will it perform or fail? 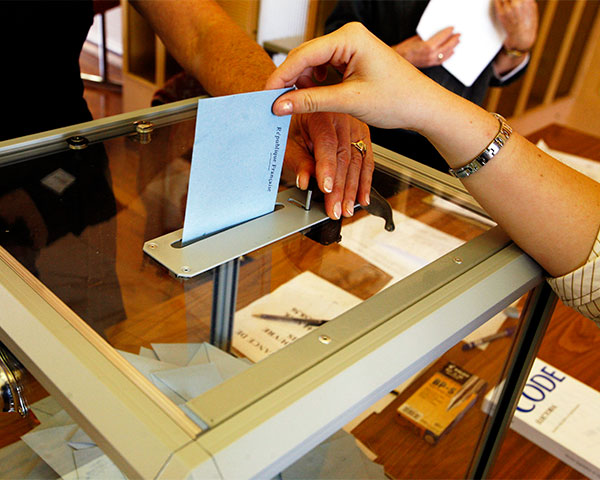 The general elections are less than a month away and there are concerns that the promises made under the Accessible Election campaign by the Election Commission of India may remain on paper. That’s the focus on Story of the Week.

Will the Election Commission of India (ECI)’s stated mission, ‘Leave No Voter Behind’ live up to its promise when it comes to the country’s disabled voting population? With less than a month to go for the national election, it looks like many of them will stay on paper unless the ECI takes some decisive steps.

In a letter to the ECI, disability rights advocate Nipun Malhotra has underlined some of the loopholes based on surveys and reports from 22 states. They range from the lack of data on the number of disabled voters to inaccessibility of polling booths and EC websites, to the non-inclusion of disabled people in training programs.

The fact is that political parties do not take people with disabilities seriously and the only way to change that is for the community to make its presence felt by voting. I must say that the ECI has made commendable efforts since 1998 when it has come to accessibility measures. Look at the lovely ad campaign they have designed but when 50,000 polling booths are not accessible as per the ECI’s own data, what’s the point? There has to be some alternative like a vote from home option, anything that enables people with disabilities to cast their votes. – Nipun Malhotra, CEO, Nipman Foundation

Based on the ECI data, Chennai-based disability rights activist Vaishnavi Jayakumar has put together the various problem areas that persist. And this is an ongoing exercise.

Disability rights organizations in some states are also unhappy with the apathy shown by ECI officials. Professor Raghu Raman,Founder, 3 December Movement experienced this first-hand at a training session in Chennai on 24 March.

“With the belief that there will be an attempt to involve visually impaired people, I attended the election training held at Villivakkam. To my disappointment I was neither able to meet the election officer in-charge nor were the officials able to guide me, says Professor Raman. “The idea is to give people with disabilities an opportunity to serve as presiding officers and contribute to the process but there was no one to guide me. Here I am, a visually impaired man with a cane going around here and there to get myself confirmed as a presiding officer. You cannot insult people with disabilities like this and then claim that you are including us.

“Persons with intellectual and/or psycho social disabilities are not being registered, says Rajan. “Many voters have been returned by the officials. The other problem is that call lines are not answered most of the time.

With less than a month, the hurdles may seem insurmountable but Malhotra says lots can be done if the ECI were to adopt a decentralized approach.

“Building a ramp can’t take time, all the ECI needs to do is tie up with local NGOs. Ditto with wheelchairs, companies like ALIMCO can provide them until the voting exercise is over, points out Malhotra. “As far as deaf voters are concerned, if there are no interpreters available at every booth, maybe one can be made available on a WhatsApp call. One can look at creative approaches and lots can be done if the ECI were to decentralize. to organizations and officials at the district level.

Clearly India’s disabled population is determined to make itself heard in the political space in different ways. Take the outrage over the insensitive comments made by the politicians or the growing number of people with disabilities contesting elections. The recent entry of Paralympian Deepa Malik into the BJP is also a significant development. High time these voices were heard seriously.