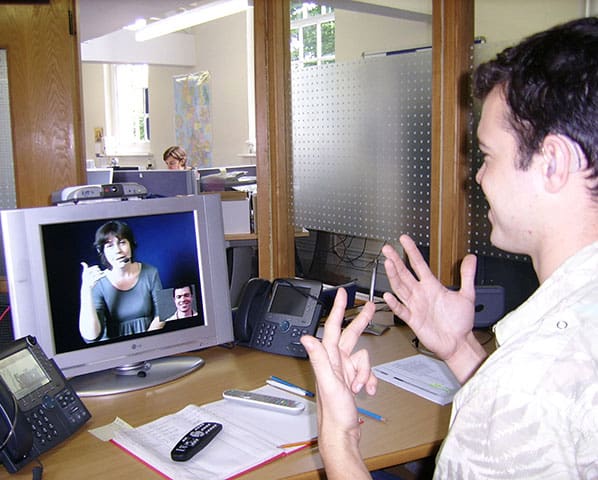 In our weekly segment #Tech Thursdays, we look at the response to the recently launched Google apps for people who are deaf and hard of hearing.

Smartphones can help make our lives better and smoother and Google has been going all out to enable people with accessibility issues use their smartphones to the fullest. In line with that, it released two Android apps, Live Transcribe and Sound Amplifier for people who are deaf and hard of hearing in February this year.

In a blog post, a member of the Google Android Accessibility Team, Brian Kemler said the goal “is to help the hundreds of millions of people who are deaf or hard of hearing communicate more clearly.

So, whats the verdict on that among users in India? We put that to the test but first let’s see what the two apps are all about.

Live Transcribe uses Google’s speech recognition to provide real-time transcriptions of conversations to the user. A simple app, it has text on a plain background and can recognize over 70 languages and dialects, making it usable around the world.

Google worked with Gallaudet University, a college for deaf and hard of hearing people in the United States, to design and validate Live Transcribe’s design. The app delivers haptic feedback that alerts users if someone’s trying to talk to them and a loudness indicator that tells the user about the noisiness in the environment around. There is also a keyboard that enables a two-way conversation for users who can’t or don’t want to speak. One of its major advantages is that it gives someone who is deaf and hard of hearing an easy way to communicate with hearing people even if there isn’t a sign language interpreter available

Sound Amplifier, on the other hand, is designed to enhance speech clarity by filtering out unwanted noise. It does this without increasing the volume of sounds that are already quite loud. The app turns your phone, be it headphone or smartphone, into a hearing aid, by filtering sounds. It works without an internet connection as well.

Jai Bharath MN says Live Transcribe has transformed the way he is able to communicate. As someone with severe hearing loss from birth, he has struggled to communicate with hearing colleagues. Jai Bharath would rely on desktop or writing on paper to communicate but that was often not adequate. He researched a large number of apps but was not happy with the outcome.

I researched a lot for apps for speech to text recognition but did not find new technology. Sometimes I had the chance to check out many good apps but they the recognition was flawed. Last month, during an interaction session, I found out about Live Transcribe and it has helped me to easily understand. It’s free and can be used in so many meetings, in person to person conversations, talking with friends, my family, English TV news, etc. I am feeling good that we have a chance to accomplish what we want and hope for more in the future. – Jai Bharath, Working professional

His enthusiasm for Live Transcribe is not shared as much by Vidya Menon. A graphic designer, Menon feels that the app is not very relevant in the Indian context.

“The Live Transcribe app is a good idea and it’s useful for deaf people but it doesn’t capture exactly things like Indian names, or other words, she says. “It needs to be developed further to capture the exact words from others participating in a conversation. Also, it works only in Android phones and I hope it will work soon for those with iOS phones as well. “

The Sound Amplifier app, says Menon, did not suit her as she is profoundly deaf. “Though I wear hearing aids, I don’t really focus much on sounds. I rely on lipreading and sign language too.

No doubt the apps facilitate conversation but need more work in the Indian context, agrees P Rajashekharan. Rajashekharan is Co-founder of v-shesh, a social impact enterprise that helps people with disabilities find employment. The company also conducts training programs for hearing impaired students. “In the Indian context, it needs work on two fronts. The vocabulary from speech to text needs work as it creates text that deaf people have no familiarity with given their exclusion from the mainstream schooling system. It needs work such that deaf children acquire that vocabulary.

Rajashekharan also emphasizes that this should not take away from the importance of acquiring basic skills in Indian Sign Language (ISL).

“The tools are great and we always look at addressing the functional limitations of a person, but it is also important that people pick up basic ISL for conversation. There are some nuances which are communicated only through ISL like a say a mathematical/scientific concept. We cannot take away from that.