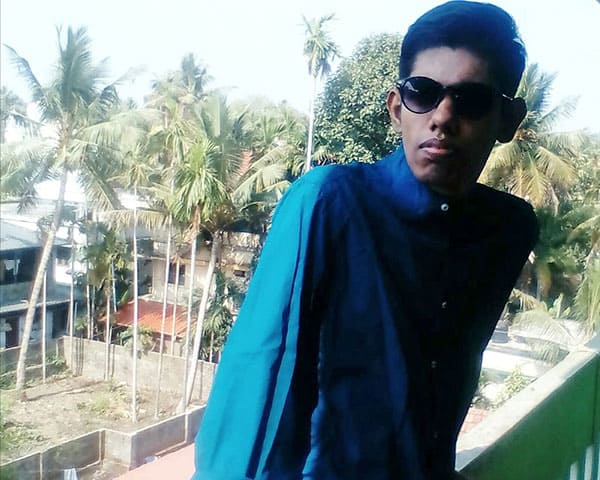 Alvin Jerson took to music as a baby and today he regularly performs at competitions. Quite incredible given that he has had no formal lessons.

Alvin Jerson was just four months old when mother Sindhu noticed his interest in music. He wouldn’t sleep or even eat his food unless there was some music playing.

Around the time he was two years old, Sindhu also started noticing that he was different from other children his age. A visit to the doctor led to a diagnosis of autism. This was the first time Sindhu had even heard of the disorder. Unfazed, she decided she would give her son support and encouragement.

Since music was his one big passion, Sindhu enrolled him in formal lessons, but Alvin could not sit for long and would get easily irritated. She stopped the classes so when you hear Alvin sing, its hard to imagine he is self-taught.

When you hear Alvin sing, you wouldn’t believe that he is not a trained singer. He always had music in him. In fact, he doesn’t want to do anything else but sing songs as much as he can. He loves songs from early 80s and 90s. Alvin doesn’t interact much or does not have many friends. His whole life revolves around music. He records songs and learns by himself. –Sindhu Jerson, Alvin’s mother

Apart from music, Alvin loves to play video games, and is quite the pro. Sindhu says he is quite impossible to beat at these games. That’s a side few get to see as he is reserved by nature and prefers to mingle with close family members.

“We do not impose anything on him” says Sindhu. “When he was hardly three years old, he used to write names of Malayalam movies in unique and creative ways. We had not even taught him to read and write during that time! Alvin was in a regular school until class 4. Things were difficult but I was confident of my son. I taught him day to day skills that he needs to learn. I have stood by him throughout so that he always had a hand to hold to, says Sindhu.

Sindhu and her husband Jerson believe that Alvin is going to follow his passion for music professionally. Shiny Vinson, school principal at Navjeevan School, where he studies, calls this determined and courageous youngster a true inspiration and gives his family credit.

“I am glad that his family is very supportive of him”, says Vinson. “He does not like sitting somewhere for a long time. He gets restless and wants to move around”.

Clearly this youngster is blessed with a determined and persistent spirit that is bound to take him places.