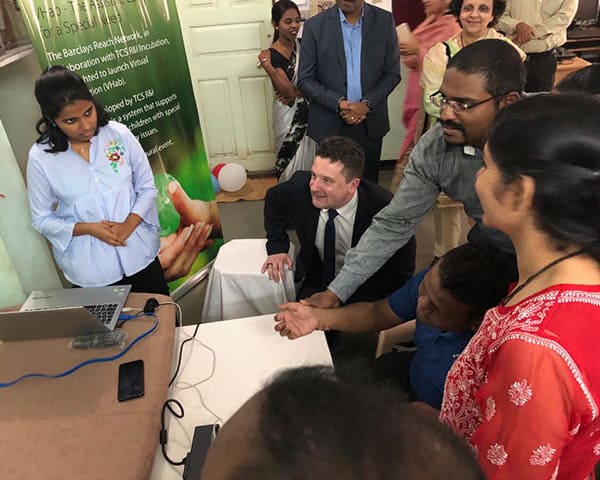 In our series #TechThursdays, we bring you news about Virtual Rehabilitation (VHAB) and Assisto devices. VHAB, which is based on virtual reality and Assisto, which is on artificial intelligence, are targeted at people with neuromuscular disabilities.

Tech giant Tata Consultancy Services (TCS) are looking to enable people with neuromuscular disabilities in a big way with VHAB (Virtual Rehabilitation) and Assisto. The two devices use the latest available technologies to enhance communication skills.

Assisto addresses the communication difficulties that many people with cerebral palsy face by tuning their voices for better clarity. This is achieved with Algorithm, a speech synthesis. So, when the user speaks, the listener will hear a clearer enunciation.

VHAB, on the other hand, us targeted at children with neuromuscular disabilities like cerebral palsy and autism. Many children diagnosed with disabilities are put through rigorous physiotherapy sessions which can be tiring. VHAB makes these sessions game-based with the help of virtual reality. Gesture analysis, finger-mapping and motion sensors will be used for this.

Both Assisto and VHAB have been successfully tested on children at the Adarsh School in Kochi.

People with cerebral palsy and autism may have issues with their tongue muscles that can affect communication. Assisto and VHAB devices are definitely going to help them. The software that was developed by TCS was tested on two of our children and it worked really well. In their next phase of the project, they are planning to introduce this to more children and reach out to people who need it.- Ashwin Kumar, Principal, Adarsh School

These devices will also make day-to-day tasks also easier for children with neuromuscular disabilities. The team fine-tuned the devices over three years.

“They provide a gameified app platform and a game environment is created for the user”, says Robin Tommy one of the members of the team that worked on developing them. “It is a combination of physical and game therapies and pain-free as well so kids would love it. The devices aim to enable movements for the user and motivate them to do daily activities with ease. It is mainly based on gesture and motion”.

Seema Lal, Co-founder of TogetherWeCan, a well known parents supports group in Kerala, believes that technologies like these will be game changers for people with disabilities.

‘We often talk about how technology can be a curse when it comes to things like game addiction and so on. At the same time, it can be a boon for children with neuromuscular disabilities. The United Nations is already talking about the benefits of assistive technology for people with disabilities, and in enabling them to participate actively in many things. I believe this new initiative from TCS is brilliant. Communication is the key for any person and technology is truly a boon, says Lal.

This is a CSR project of TCS and the great news is that it plans to look at ways to introduce Assisto and VHAB in other schools as well as NGOs. VHAB was recently launched at the ZEP Rehabilitation Centre in Pune,