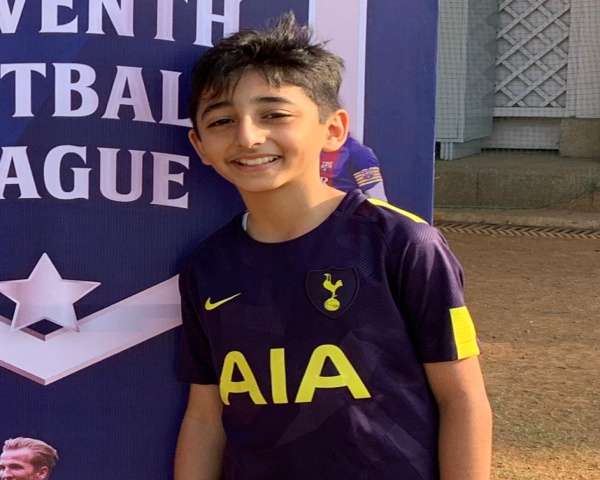 When Mehaan Doshi, a student of Mumbai’s Hill Spring International School was told to think of a topic for a school project on the theme Sharing the Planet, the 11-year-old came up with disability, striking a different note from others who opted for topics like deforestation or migration.

Why disability? Well, Mehaan was moved and inspired by a talk given by disability rights advocate Nipun Malhotra in Mumbai a few weeks earlier. At an event organized for CEOs by Mehaan’s father, well-known industrialist Chirag Doshi, Malhotra had talked about his activism, and referred to the injustice of levying GST on assistive aids and equipment used by people with disabilities.

Every year our school has an event around a certain theme and students have to think of a topic. This year’s theme was Sharing the Planet and Nipun uncle’s talk on disability and discrimination got me thinking about whether we were doing enough to share the planet with everyone. Nipun uncle mentioned how it was liked taxing someone for walking and that stayed with me. I discussed the topic with my teacher, and she was supportive. – Mehaan Dhoshi, Class 5 student

In the first stage of the project, Mehaan has started a petition on Change.org to exempt the equipment used by disabled people from GST. Less than two days after he started the petition, he garnered about 2,000 signatures.

“He visited schools where children with disabilities study like the Jai Vakeel Research and Foundation Centre and Gateway School, says mom Tanaz Doshi. “He interacted with the students there as well as the teachers to understand the challenges they face.

Malhotra is thrilled and moved by the change he has inspired in this young boy. “It was a formal event where I spoke about the challenges faced by people with disabilities. It touched me that one talk could sensitize a child. This shows that if disability is taken up as a subject in school, it can make such a difference.
Mehaan and Malhotra had several Skype chats after that event to discuss the project further. “There were so many adults present that day but he is the one who responded, says Malhotra.

What this has also triggered in Mehaan is greater awareness about the lack of accessible facilities for people with disabilities in metros. “We decided to do a check on how disabled-friendly stations in Mumbai are and realized there is so little that exists. He has also taken pictures of barriers that exist on important roads and streets that make it hard for a disabled person to travel with ease.

Mehaan’s topic choice has made him quite the star in school, and he sounds quite thrilled with the attention. “There is a school WhatsApp group where some of my classmates shared a picture of mine in a newspaper and many people congratulated me. I am being shown this much respect for the first time, he laughs.

Malhotra is happy with the activism generated in someone so young and hopes authorities will take note.
“There is nothing more heartening than seeing a young Indian fight for equal opportunity. It’s the best gift that I can ask for from my lectures. If an 11-year-old can see the injustice in levying GST, I hope the government will sit up, take notice and act.