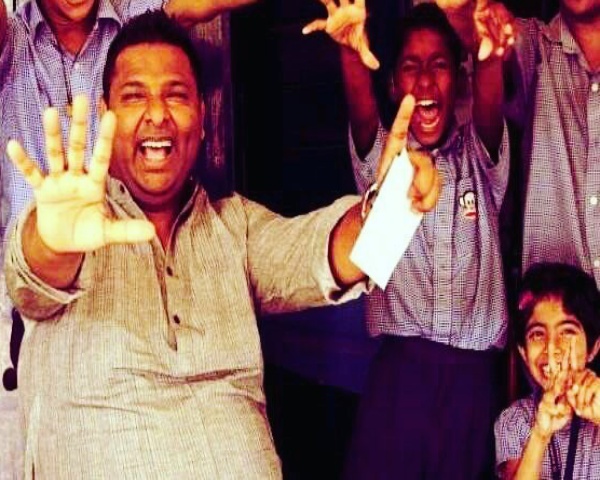 The recent judgement by the Guwahati High Court penalizing Gold’s Gym and the state government of Assam on grounds of disability discrimination has been hailed as path breaking as it is the first time a private company has been held accountable in such a manner.

The man at the centre of it all, Arman Ali, Executive Director, National Centre for Promotion of Employment of Disabled People (NCPEDP) talks to NewzHook .

NewzHook: Can you talk about what happened at this Gold’s Gym facility that led you to file the petition?

Arman Ali: In 2011, I was advised to start going to the gym to exercise as I was starting to gain weight. I chose this particular centre as I could enter on my wheelchair independently without any help. I first went there sometime in March-April after putting in a word with someone who knew the person behind the franchise. Despite that I was made to wait for 30 minutes. I felt this was not right, but I was keen to get the membership and I did not react.

First, they told me to get my doctor’s certificate, which I did. When I submitted that, I was told to get a certificate from the orthpedician. I did that too. They felt I was submitting fake certificates and insisted on speaking directly to the doctor, who gave me the all clear. They still continued to avoid me.

One day I came to the gym anyway and they put me through 30 minutes of rigorous, non-stop weight training. I could do most of the things and I thought now they would cooperate. But that did not happen. All this went on for four months, and everyone would avoid me at the gym. At the end of four months they offered me one month’s conditional membership at rates equal to a year’s membership. They made it sound like a Rajya Sabha membership!

They had this attitude towards disabled people which was not right. I had stayed calm throughout thinking once they saw me work out, they would allow me. When that did not happen, I decided to go to court.

NewzHook: You made the Assam government party as well in your writ petition. Why was that?

Arman Ali: I moved the Gauhati High Court in 2011, when there was no RPWD Act 2016. I decided to file a writ petition in the High Court as my fundamental right as citizen was denied. I made, not just the Assam government, but the Union of India party to this as well because I felt it was their responsibility to create accountability and awareness about disability.

At the first hearing, the lawyer for Gold’s Gym said it should be moved to the appropriate court which sits on matters related to private parties, but the judge said nothing doing and asked them to file an affidavit. Once the case was admitted as a writ petition, there was hope of something positive coming out.

NewzHook: Are you hopeful that the judgement will set a precedent?

Arman Ali: I am very happy with the verdict because it’s not just Gold’s Gym that has been held accountable but even the state has been directed to create awareness. Times are changing and this is an empowering moment.

The verdict is a first on many counts. One, it’s against a private company, that too a company that is part of a global chain. And two, it’s the first case of discrimination after the RPWD Act. This could set a precedent across India.

NewzHook:: Does this end out a message to private companies that they can no longer be indifferent to the needs of people with disabilities?

Arman Ali: Absolutely. Gold’s Gym is a multinational but there are so many companies and services that are discriminatory towards people with disabilities and they must take cognizance. This is the first time the private sector has been made accountable. If this had happened in any western country, they would be paying millions of dollars. Look at the arrogance of Gold’s Gym in this particular instance. It never appointed a lawyer and the franchise had to fight this case throughout.

NewzHook: There are some who say that this is a sign that the disability rights movement in India is changing, much like what happened in the United States where people from the community are taking the initiative to fight for their rights. Would you agree?

Arman Ali: There are two things I would like to say. One, that people in India are not sensitive towards minorities, and people with disabilities are part of that minority.

Two, society is not designed in a manner that takes the needs of disabled people into account. The basics are not in place. Can you think of designing a building and saying that you will include fire safety measures later? You wouldn’t dare. But we do that when it comes to accessibility. This opens up the debate and now people with disabilities in India have to take it forward.