Devnar School for Blind has been enabling accessible elections since 2004 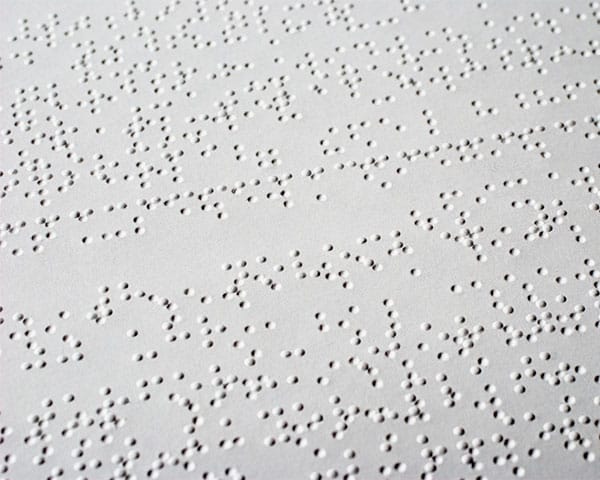 The Devnar School for Blind is a pioneering institution that is working to empower visually impaired people in Andhra Pradesh and Telangana. They have also been entrusted with the important job of preparing dummy Braille ballot papers for the upcoming Lok Sabha elections. The 26-page Braille dummy ballot paper will have the names of the 185 candidates who are contesting for the Nizamabad seat and more.

The school has been printing Braille ballot papers since 2004, playing a vital role in helping visually impaired voters to participate in the Assembly and Parliamentary elections.

Sai Baba Goud, who founded the school says that earlier he Braille ballot papers were limited to a few pages. With more contestants in the fray and greater voter participation, the number of pages has increased this time.

Devnar School for Blind has been working closely with government to print these Braille ballot papers since the year 2004. Now, there is an increased awareness about elections as well. More visually impaired people are coming forward to cast their votes and playing a role in government formation. We have a huge turnout of visually impaired people who will go to polling booths this year. This is applicable for both Andhra Pradesh and Telengana. – Sai Baba Goud, Founder, Devnar School for Blind

“The government has also launched an Android app to ensure that there is better participation of visually impaired people in the upcoming elections. With organizations like Devnar working closely with government, it is definitely going to be an inclusive election, hopes Shirisha Latha, who is the secretary of Nethra Vidyalaya in Hyderabad, a school for visually impaired people.

Tomorrow, 11 April, is when the first phase of voting will be head. How it goes from the accessibility perspective will be keenly watched by the disabled community across India.

ALSO READ: Get informed about the Election Commission of India’s PwD App