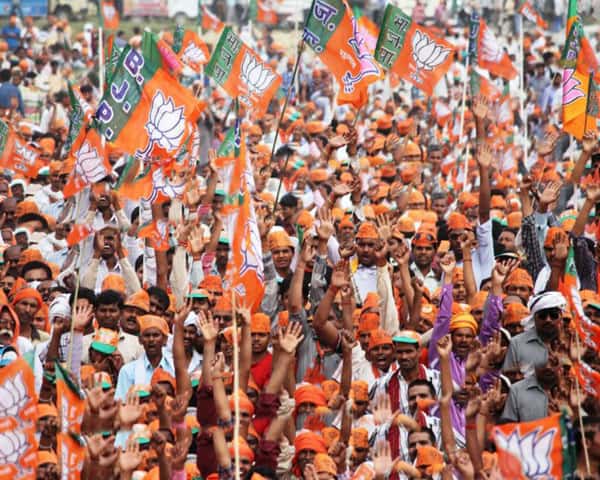 The BJP’s much awaited manifesto is finally out, just days before the first phase of polling on 11 April. There was much anticipation from the disabled community given this is the party behind the Accessible India Campaign.

So, what are the key provisions for people with disabilities given in the manifesto, which has been called Sankalp Patra? Well, here they are:

“I do appreciate the mention about the early detection of disability at anganwaadis and pre-schools, says Malhotra, who is the co-founder of Nipman Foundation “However, I would have liked to see a stronger focus on the implementation of the RPWD Act 2016, given that it is an important part of this government’s own legacy.

What has disappointed many in the disabled community is lack of any commitment shown when it comes to employment and education opportunities.

It merely pays lip service by promising, amongst other things, to “take forward the gains achieved under Sugamya Bharat, a scheme that has failed to achieve any of the targets that the government itself had set. The manifesto promises to give higher interest rates on fixed deposits made by the disabled, while making no commitment towards their education or employment. There is no commitment to enhance the miserly amount of pension from the current Rs 300/- given by the central government. – Muralidharan Vishwanath General Secretary, National Platform for the Rights of the Disabled

Another major gap in the manifesto is the absence of any mention about mental health, something that has come as a disappointment to many groups.

“The BJP government launched the Accessible India Campaign and it is the vision of the government to have an inclusive society in which equal opportunities and access is provided for the growth and development of people with disabilities to lead productive, safe and dignified lives. We firmly believe that such this must include psychosocial disabilities, says Rajvi Mariwala of the Mariwala Health Initiative, which launched the campaign Bridge the Gap to make mental health an election issue.

Although disappointed, Mariwala hopes to engage with the party to implement the Mental Health Care Act 2017, which was adopted during the NDA government.

Another glaring oversight, and a significant one, given that accessibility has been a major mantra of this government, is that the manifesto is not available Braille or audio format and nor is there a sign language version. Clearly, this too got overlooked like some other key provisions.