Worthy of international medals, but "mentally unsound" to vote – Why this election will elude Asha Kiran home residents 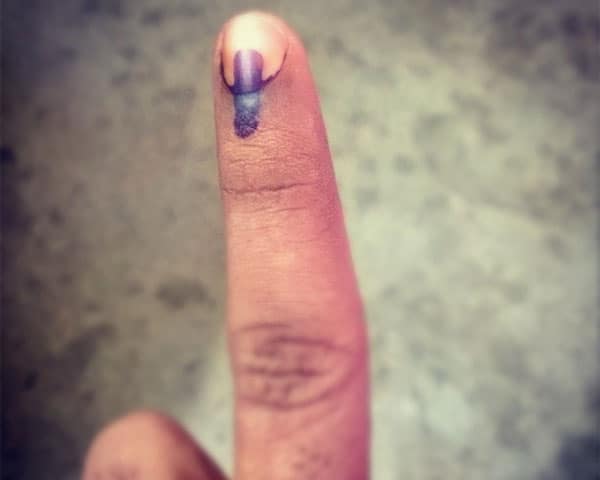 In the World Summer Games (WSG) 2015 held in Los Angeles, United States, Sonakshi, Phoolan Devi and Mathru were among the para sportspersons who made India proud, winning seven medals, including two gold, at the event.

All three are residents of Asha Kiran, a home for people with intellectual and mental disabilities run by the Delhi government. On 12 May, when Delhi goes to the polls, they along with other eligible voters at the home, will not get to make their voices heard because they have been deemed unfit to vote.

It’s a reminder of the many ways in which the ECI’s promise to Leave No Voter Behind, eludes so many people with disabilities.

Tomorrow, 13 April, is the last date for electoral cards in the national capital and despite many appeals to hold enrolment camps at Asha Kiran, nothing has been done.

NewzHook spoke to the Delhi government official under whose charge the home comes, who said orders had been received from the ECI to not enrol the residents as they were “unfit to vote. She also said this had been communicated to the director of Asha Kiran, Rachna Bharadwaj.

Speaking to NewzHook, Bharadwaj confirmed this decision and went on to add, “All the residents here an intellectual and mental disability of over 50% and their decision-making power is compromised. None of them can vote because they have multiple disabilities and an IQ of below 70. Enrolling them is not a good idea as they are of unsound mind and Section 16 of RPWD Act 2016 is clear that people of unsound mind cannot vote.

What Section 16 of RPWD Act that Bharadwaj cites, states in full is this – Under Section 16(b) a person may be disqualified as a voter if the person, is of unsound mind and stands so declared by a competent court.

There is no such court order, confirms Bharadwaj.

Only a court can declare a person of unsound mind and nobody else can. Neither the ECI nor the Asha Kiran Director can prevent anybody, be it a person with over 50% intellectual disability from exercising their right. Even the Chief Electoral Officer, Delhi’s instruction mentions all 21 disabilities. – Dr Satendra Singh, State Steering Committee on Accessible Elections, Delhi

Under the law, people with psycho social disabilities and intellectual disabilities have equal voting rights but many of them get excluded due to ignorance, lack of awareness or stigma.

“Mental illness does not mean an unsound mind, emphasizes Chennai-based disability rights activist Vaishnavi Jayalumar, who is among the leaders spearheading efforts to ensure more people with disabilities are on the electoral rolls in the city. “There is no way that an intellectual disability can be interpreted as sign of an unsound mind. People with intellectual and psycho social disabilities have voted all over the place, in cities like Chennai and Mumbai. Only Delhi is holding the nation back.

Jayakumar who was present at a voter awareness drive at IMH Kilpauk in Chennai on Thursday morning. said that with adequate explanation voters with mental/intellectual disabilities have been able to grasp the process. “It can get a little confusing because of the many alliances and parties in the fray in Chennai but we have explained to them and they have a better idea than most others.

Despite the law and the ECI’s efforts, the reach out to voters with all disability types is being undermined due to local level stereotypes, believes Dr Soumitra Pathare, psychiatrist and Director, Centre for Mental Health Law and Policy, Indian Law Society in Pune.

“The law is very clear that only a competent court can say they are of unsound mind and the onus of proving that lies on the person making the charge who also has to produce a court order. The director of Asha Kiran cannot arrive at that conclusion in partnership with a local level EC official. If there is an order from the ECI, it should be made clear and public. All this is happening because of a larger stereotype and attitude towards people with mental disabilities, basically a feeling that what difference does it make whether they vote or not.

As Dr Singh points out, the action plan of the Chief Electoral Officer in Delhi clearly includes people with intellectual disorders and mental illness, saying all facilities must be provided to enable them to vote, including an attendant. Clearly, much of this is getting lost in translation.