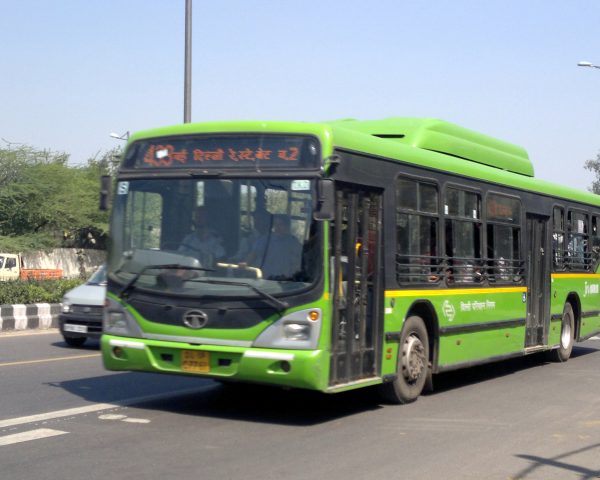 Finding out bus routes while waiting at bus stops can be a difficult task for a visually impaired person. But here is some good news. Visually impaired people in Delhi can now travel in buses independently without any outside help, thanks to the Delhi Transport Department‘s move to introduce announcements inside buses and at bus stops.

All bus stops on the DTC route will be fitted with audio facilities that provide information regarding arrival of buses and their route numbers along with name and time of arrival and departure. Visually impaired travellers in Delhi say this will make public transport travel much smoother.

While the Delhi Metro has an audio facility, it does not connect to every nook and corner of the city, which makes the buses an important mode of travel. Lack of accessibility forces many visually impaired people to take autos and cabs. DTC officials confirm that audio facilities will be installed as soon as the Global Positioning Tracker (GPS) is fit into buses.

Shubham Gupta, a visually impaired person from Delhi, is a bank employee. He is looking forward to using the buses more regularly once this facility kicks in.

I always use the Delhi Metro because it is accessible and has audio facilities for visually impaired people. Most of the times, we find it very hard to keep asking others about details of buses that come and go. But having such facilities in bus stops is even better and GPS inside the buses will help us to understand where the bus is heading towards. Authorities must also ensure that the facilities are audible and clear. –Shubham Gupta, Bank employee

Officials from DTC stated that they decided to introduce this audio facility after an increasing demand from visually impaired people across the city. The DTC has also committed to buying 3,000 buses with all modern facilities. Audio facilities will be introduced in all all these new buses as well as the old ones.

“Now visually impaired people will have the freedom to travel on their own without any outside help. I hardly take buses because it is impossible to keep asking people for routes and bus numbers. Maybe things are going to change very soon. I hope these audio facilities are introduced without fail, says Simran Chawla, a post graduate student.