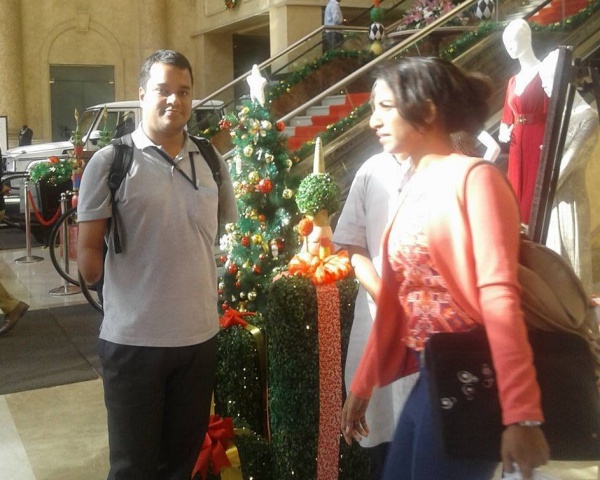 Biking over 3,000 kilometres from Bengaluru to Ladakh may not sound like much of a challenge but try doing it with no hands, which is what Shubhajit Bhattacharya aims to achieve and make history.

Shubhajit, a graphic designer based in Bengaluru, was 12 years old when he lost both hands in an accident. He was visiting his sister from West Bengal and while playing on the terrace, fell on a naked high-tension wire that was running through the residential colony. The incident, says Shubhajit, “shattered his life.

I lingered between life and death for three days and when I finally gained consciousness, I found both my arms missing. One had been amputated below the elbow and the other above. It was necessary to save my life. In an instant my life had changed. I had also suffered severe burns, that caused scars on my body. From a happy, playful kid, I entered years of unbearable pain. — Shubhajit Bhattacharya, Graphic designer

Over time, Shubhajit picked up the pieces and went on to finish his Class 12 despite many challenges. With the assistance of writers, he also did a diploma in computer applications.. In 2015, soon after he got married, he decided to move out of Kolkata to Bengaluru, the city where his life had changed so dramatically. “I was looking for better prospects and I joined the NGO, Association of People with Disability and took up the profession of graphic designing.

The move to Bengaluru also opened doors to a new passion. In 2017, he built his first two-wheeler with the help of a local automotive designer, customised to his needs. He had earlier built a customised bicycle and the independent mobility had boosted his confidence. He rides his moped every day and covers a distance of 20 kilometres.

“I joined a group of experienced riders to further improve my riding skills and together we are planning a road trip to Ladakh, he says. Shubhajit’s companions are driving for the adventure of it but he has a different mission in mind, which is “to drive away the stigma and backward mindset of many non-disabled people who have notions about what disabled people can or cannot do and set limitations.

This is the first time ever in India, he claims, that a person with both arms amputated is attempting such an arduous journey. And Shubhajit is not taking it lightly. He plans to start practising regularly with friend Prashanth G R.

“I am also a 3D graphic designer like Shubhajit and I know him from work, says Prashanth. “He has customized his own scooter before and also a bike. We are planning to go on this trip to Ladakh together.

Shubhajit’s mission is a great idea, says Prajith Jaipal, a Kerala-based disability rights activist who travelled 10,000 kolometres from Kerala to New Delhi and back in a modified car to change attitudes.

“This is a great way to meet people and build confidence and what Shubhajit will also realize during his trip is that his problems are nothing compared to what many others are going through. Jaipal also recommends that Shubhajit meet with disability rights NGOs during his trip to motivate others.

Shubhajit, who was earlier planning his ride this year, postponed it by a year as he needs to raise funds to but was forced to postpone it by a year. If you would like to contribute to his cause you can email him at bhattacharyasubhajit4@gmail.com.