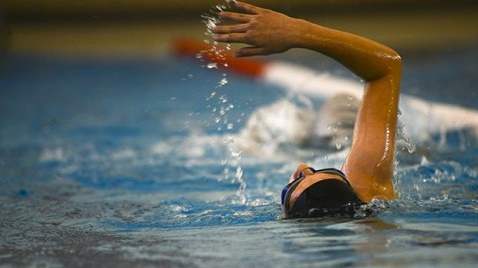 Malaysia, until now the official host for the World Para Swimming Championship 2019 has been stripped of the honour of hosting the event by the International Paralympic Committee (IPC). The decision was taken after Malaysia refused to host the Israeli contigent participating in the event.

There is politics behind the move. Malaysia is not in favour of the position taken by Israel vis-a-vis Palestine and that has spilled into the event. The new venue will now be London. Dates have also been changed to September.

The IPC said the move was necessary as world championships cannot be limited to people or countries but must be open to people from across the globe.

The upcoming ninth edition of world para swimming championship will bring together at least 600 swimmers from across 60 countries. Britain had hosted the championship four years back. This year too, they are expected to keep up to their reputation as great hosts.

Justin Jesudas, a para swimmer from Chennai, who took part in the 2015 championship in Glasgow, Scotland, says he is unhappy that politics has intruded into what should have been a non-political space.

Till date, only five para swimmers from India have qualified and competed at the IPC world swimming championships. It happens every two years and is a great platform for para swimmers to come together. It was supposed to happen in Malaysia this year. It is unfortunate that politics had to come in between sports. I believe sports must be left above all such biases and must be just played as a sport. –Justin Jesudas, Para Swimmer

The championships will take place at the London Aquatics Centre from 9 to 15 September. This was the same venue for the 2012 Paralympics as well.

Many para swimmers took to their social media to share their excitement and happiness about the upcoming swimming championship.

“So excited quaticsCentre is hosting the World Champs! From the magic of London 2012, to it now being my home pool, it’s going to be so special. First though, I have to qualify. The trials are next week & to say I’m determined is an understatement, tweeted British para swimmer Ellie Simmonds.

The upcoming event will be a platform for many talented and aspiring para swimmers to come together and explore their skills in swimming. Shifting the venue from Malaysia to London clearly shows that politics and diplomats interfering with sports cannot break the spirits of these talented sportspeople. It will also be a platform to select the best talents for the Tokyo Paralympics that is scheduled for next year.