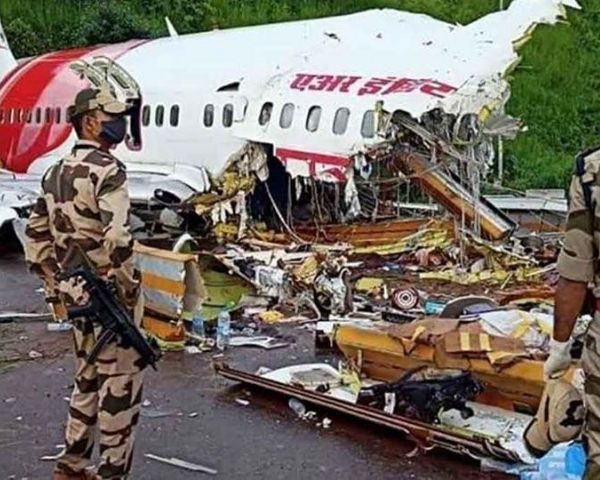 A Kozhikode bound Air-India flight from Dubai crashed at the Karipur International airport in northern Kerala last Friday at around 7.41 pm. Eighteen people including both pilots had died in the plane crash which was flying as part of the ‘Vande Bharat’ mission. Over 184 passengers were on-board. On Friday, 22 officials who took part in the rescue operations were tested positive for Covid. This includes Malappuram District Collector, Sub-collector and Superintendent of Police. District collector K Gopalakrishnan said that his health is stable and he has not shown any symptoms. State Chief Minister Pinarayi Vijayan has gone under self-isolation.

All of them were quarantined soon after the rescue operations. Officials had also asked the locals who helped with rescue to go in quarantine. Reportedly, two passengers of the ill-fated flight were tested Covid positive. Tests was also conducted on all those who passed away in the crash.

Due to the quick response of officials and locals, the casualties in the plane crash were lesser. The rescue operations were done swiftly with the help of locals who rushed the survivors in their own cars to hospitals. It took more than three hours to finish the rescue works.

Chief Minister Pinarayi Vijayan and state health minister KK Shailaja were amongst those who praised the kind-hearted gesture of locals and district officials who sprang into action.

According to reports, the flight overshot the table-top runway and fell into a gorge. Experts point out that it is a challenge to land at table-top runways, especially in extreme weather conditions. When the accident happened, there were heavy rains and thunderstorms in the area which is reportedly one of the reasons why the pilots could not see the runway clearly.

Even though Kerala had earlier managed to flatten the Covid curve, number of cases are rising drastically across the state. Health Minister Shailaja said that by September-October, number of daily infections will shoot up to between 10,000-20,000.

Saudi Arabia suspends flights to and from India

Farmers’ body calls for protest in Punjab over farm bills