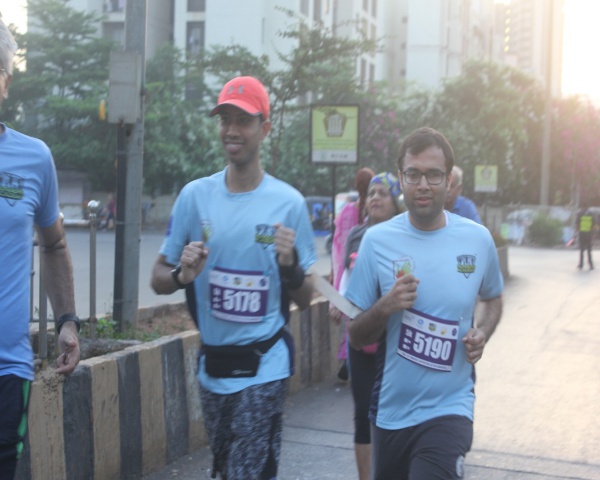 Vineet Saraiwala, a visually impaired trekker, cyclist and marathoner, and lead of the inclusion drive for Big Bazaar, shares his experiences running with Varun Sawant, a young marathoner on the autism spectrum.

Varun and I participated in a Run for Autism event in Mumbai to raise awareness about Autism Spectrum Disorder and to discover each other’s worlds. He would have held certain notions about running with someone with a visual disability. I, too had my own share of prejudices.

I run with a tether, a sort of an elastic band, which gives me a feeling of independence and flexibility to the runner alongside me. Initially, I was sceptical as this is unchartered territory. Varun had to accept the tether, guide me during the entire stretch of the race, match the pace, and understand my world. Just 20 years old, Varun has completed several sub two-hour half marathons and is a budding chef. We were connected by a common friend Parul Kumtha, Founder, Forum for Autism, who suggested we run together.

We completed the 5-km stretch in Thakur Village, Kandivali in 35 minutes and look forward to repeating this in a half marathon soon. Emotions are unseen, it is not necessary that you always need to express your love and care. The warmth and compassion I felt after running with Varun was immense. He put his arm around me while we were taking photographs or while slowing down. He understood my constraints without any form of verbal communication and guided me throughout, repeating ‘well done’ repeating like a chant.

So, here are my five takeaways from the experience.