In a first, residents of a mental health centre in Chennai cast their votes. Here’s how it happened 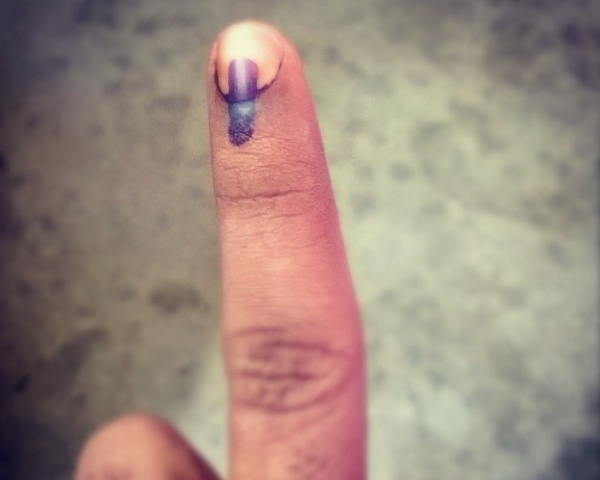 Amidst the many reports of hassles faced by disabled voters at polling booths in the first two phases, comes this news that lifts the spirits.

For the first time ever, 156 residents of the Institute of Mental Health (IMH) in Kilpauk, Chennai cast their votes. A booth was set up exclusively for them inside the hospital, making it perhaps the first time that such patients are voting in India.

At a time when even the national capital, Delhi, has failed to safeguard the electoral rights of people with mental disabilities, this is a positive, heartening story.

Among those who voted was a 37-year-old man with schizophrenia who has been undergoing treatment for seven years. The last election he voted was in the 2001 Assembly elections through paper ballot and speaking to the media, he shared his happiness at using the electronic voting machine (EVM) for the first time. “I felt special. I am very happy to vote.

IMH Director Poorna Chandrika told the media that the exercise to add the patients’ names to the electoral roll began in February this year. Of the over 723 patients admitted at the hospital, 200 were registered as voters, out of which 156 cast their votes.

“The patients were chosen based on their decision-making capacity, Chandrika said, adding that the components “considered to screen the patients included knowledge of the election process, their thoughts, language and how relevant are the conversations they could have.

Behind this success lies a sustained awareness campaign led by disability rights advocate Vaishnavi Jayakumar, along with other members of the network Disability Rights Alliance (DRA).

We made a guide for first time voters in easy read format and based on that format we did a travelling forum theatre style awareness programme that visited centres and shelters over three days, including those that did not get voter IDs finally. Candidate lists were made available and shared with each of the centres for translated group discussions along with a YouTube video playlist. Some people wanted checking of old voter IDs then and there and a candidates check which we did with the Arappor Iyakkam app which is for candidates in Tamil Nadu so this way the awareness of coalitions also got reinforced. – Vaishnavi Jayakumar, Disability rights advocate

The plays and awareness programs triggered important and lively discussions on previous political choices and alignments, say the groups involved. Many of the voters had not seen an EVM before so a demo on it’s use was held
at IMH which caused considerable excitement.

All this has been the culmination of a process that began after the Assembly elections in Tamil Nadu last year, says Meenakshi Balasubramanian of Equals – Centre for Promotion of Social Justice, who was closely involved in the enrolment process.

“We got the institutions run by NGOs to enrol people and this time around we worked hard with the Election Commission to enrol people within IMH, says Balasubramanian. Many people, however, got left out on grounds of capacity to decide, which she does not agree with but says it’s a start nonetheless. “Our approach has been to open the doors of a closed institution and so many people now have their voter IDs which gives a way to access other citizenship instruments.

The exercise also gave disability rights activists a chance to engage with the staff inside the IMH and start conversations. This is important because as Sudha Ramamurthy, Member, DRA points out, “convincing the director of the institute alone is not enough, it is important to sensitize the other staff like the ward boys etc. Of the total 723 patients there, we managed to register only 200, including some from the criminal ward.
We had to make some compromises but it’s a start and hopefully in the next election we can make more inroads.

However, not all centres and shelters were receptive like IMH points out Jayakumar and in many places local level officials foiled enrolment efforts. But the visibility and success of the exercise at IMH is significant and will definitely help initiate a change of mindset in the future.

ALSO READ:
Worthy of international medals, but “mentally unsound” to vote — Why this election will elude Asha Kiran home residents