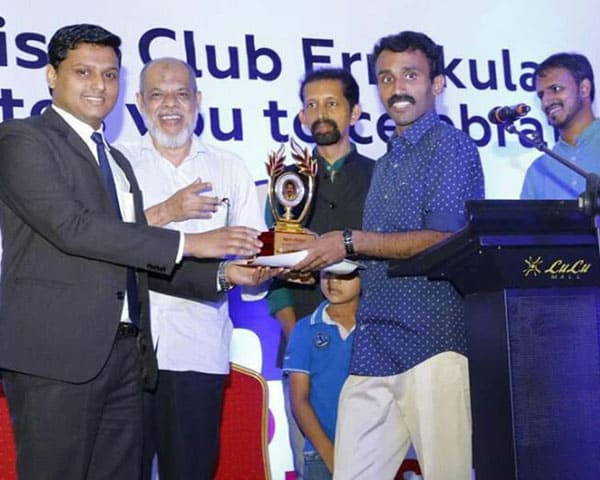 The owner of a buzzing, busy photocopy shop in Thrissur, 34-year-old Arun Prasad is an example of how disability does not have to come in the way of leading an independent, fulfilling life.

Diagnosed with autism when he was two years of age, Arun struggled initially as there was little awareness at the time, His mother, Prema Raviprasad, was initially upset upon realzing her son has a developmental disorder. But she decided to find out more so she could provide her son with the right therapies. Arun later joined the Mysore Speech and Hearing Institute in 1987.

Parents, especially mothers, are the primary caregivers. I believe you must stand with your kid through thick and thin and not let a disability stop them from exploring the world. Unlike earlier days, today there are many centres that reach out to people with autism to empower them. Understanding their abilities and focusing on their strengths is important. Parents must understand that there is no cure for autism. So giving medicines do not help. In fact, it affects their brain development. Being patient and supportive is what matters. –Prema Raviprasad, Arun Prasad’s mother

Apart from running his own shop, Arun is interested in music and has been learning it for a while. Music therapy is helpful for many people on the spectrum and the interest has helped Arun improve and develop in many ways. He has had to travel extensively to complete his schooling and this has also exposed him to many other influences.

Arun manages the shop on his own and won the Autism Phoenix Award 2018 from the Autism Club of Ernakulam for inspiring people with autism to become self-sufficient and independent.

“As parents, it is impossible to always be with your child. So I thought that Arun must learn to become independent and that is why we decided to start a shop for him. People might abuse him and look at him differently. It is still fine because he needs to learn the hard way, says Prema.

“Arun has a very charming personality. He is friendly and active as well. In spite of having autism, he has ensured that he lives independently. He is truly an inspiration for young people with autism. There is nothing that a person with autism cannot do, says Biju Issac, Secretary,Ernakulam Autism Club.

For the past few years, Prema has been looking out to see if her son can join some government or private firms. But her attempts have not been successful till date.