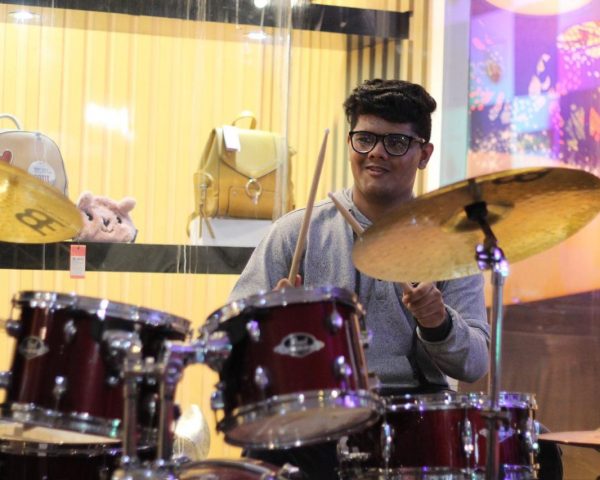 Give him anything to do with music and sports and Mohammad Usaid Shaikh will try and excel at it. Read on.

Just 19 years old, Mohammad Usaid Shaikh, is a singer, drummer, pianist and plays the keyboard. Usaid has won numerous awards for his exceptional talents and skills and has completed four levels of music from Trinity College, London. He also works as a freelance graphic designer and animator.

Usaid’s tryst with music began when he was four years old. His mother Fathima Sheikh noticed her son’s interest in musical instruments and signed him up for classes. Usaid has been playing the keyboard for 15 years now.

I let Usaid do what he wants to as long as he is happy doing them. He has always been musically and creatively inclined and that is something he loves to follow. When Usaid was diagnosed with autism, I did not know anything about it and it was quite shocking for me. It has been a long journey ever since then. But I wanted to stick on with him. He has to become independent and self-sufficient. –Fathima Sheikh, Usaid’s mother

Usaid is a regular face in renowned choreographer Shiamak Davar’s shows. He has been an active part of the dance troupe Victory Arts Foundation for the last four years. Usaid looks up to Davar as his guru and inspiration. Fathima says the exposure he received dancing has helped boost his confidence.

“I believe that autism is a marathon. Parents must learn to go slow and steady. Work on the weaknesses of your child and develop their strengths and interests. They might be good at many things. As a parent, it is your duty to understand that and help them follow their passion and interests, says Fathima.

Usaid has been learning how to play the drums for about three years now. His teacher Jay Kotak sees great potential in him. “I have to show him something new one time and he learns it quickly”, says Kotak with pride. “He has an immense grasping power and wants to keep improvising. People might think that children with disabilities are slow learners. Honestly, I have found no difference teaching Usaid and a child without a disability”.