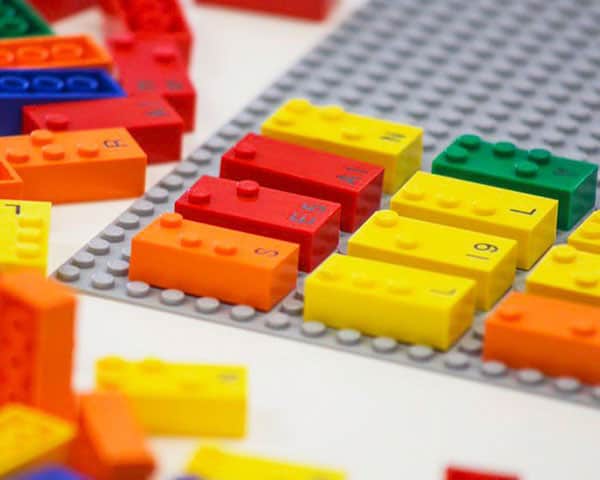 Lego the small plastic bricks are a favorite of people across the world irrespective of their age. Lego toys are considered to be one of the most educative toys that incite people to use their imagination and dexterity.

From children to adults, most people love playing with the Lego bricks and creating structures by connecting the pieces.

Lego is a toy company based in Denmark and is known for coming up with new Lego concepts every now and then. Lego was founded in 1932 and continues to remain one of the most popular toy brands in the world. Legos not only encourage players to think innovatively, they also help in improving fine motor skills and concentration.

The company is bringing a new product that can be used to teach braille to children with visual impairments.

The ‘LEGO braille bricks’ will carry different braille letters, numbers and blind children will be able to feel them and learn through play. The new braille bricks will also have the letters and numbers written on them as printed characters and sighted people would be able to read them. The bricks have been designed to remain compatible with other Lego bricks as well.

The Lego Company shared the news on social media and tweeted, “We’re super excited to introduce LEGO Braille Bricks — a new product from @TheLegoFoundation that will help blind and visually impaired children learn Braille in a playful and inclusive way!

The ‘LEGO braille bricks’ set will contain around 250 pieces with the complete braille alphabet, as well as some numbers and math symbols. The set will also have ‘inspiration for teaching and interactive games.’ The bricks are expected to be launched in the market by 2020.

Siddhant Shah is a Heritage Architect, Access Consultant and founder of Access for All. He shared his thoughts about the LEGO initiative.

It is a great thing that this is happening now although I feel that it’s a bit too late. LEGO is already making bricks with a system of dots and they could have made the braille bricks earlier. None the less, it is a great movement as the literacy towards braille is going away, lot of visually impaired people are being drawn towards audio books and other technology. What I have learned from teachers and professionals working with the visually impaired children is that learning braille is vital for their education. Braille helps them understand the basic of language, grammar.

He added, At the same time, through Lego, awareness about braille can be spread among others and people can be encouraged to learn braille the same way they learn other languages like Spanish, mandarin.

Lego was given this wonderful idea to make braille bricks a few years ago by a few associations working for the blind and they were also later consulted in the designing of the new toys.

Padma Shastry is the founder- Director of Samam Vidya , an organisation dedicated to educational needs of children with disabilities. Padma Shastry is a strong believer of using play as an effective teaching tool.

‘I am very excited that Lego toys will now be used to educate children with visual impairments. It is important to involve the children in the learning process and use different methods to build their interest and curiosity, she says.

‘LEGO braille bricks’ have been made in Danish, Norwegian, English and Portuguese language. The prototypes of the bricks are currently being tested in Denmark, Brazil, UK, and Norway.

Sushmitha Bubna, Founder Voice Vision also shared her thoughts about accessible toys for blind children.
“It is a wonderful idea and will definitely make learning braille more fun for blind children. Simple yet effective ideas like Baille on Lego bricks can go a long way in making the world inclusive and barrier free,” she said.