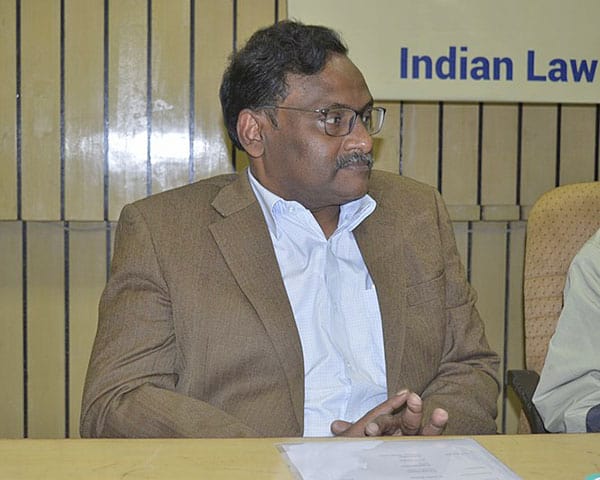 GN Saibaba is a former Delhi University professor who is currently lodged in a Maharashtra jail. He is serving a life sentence and is accused of links with Maoists and conspiring to start a war against India.

Professor Saibaba is a wheelchair user due to post-polio paralysis with 90% disability and also has several other medical ailments. He was arrested in 2014 and was found guilty of offences under UAPA-Unlawful Activities (Prevention) Act and Indian Penal Code in March 2017.

As per the statement of UN human rights experts, “Dr Saibaba’s health problems require immediate and sustained medical attention and are reaching a point of being life-threatening, They also added, “The latest reports indicate that he is in extreme pain and is no longer responding to drugs and sedatives.

Professor Saibaba has been charged with being associated with Revolutionary Democratic Front (RDF), which is allegedly linked to outlawed Maoist organization.

Since 2017 he has been lodged in the Nagpur central prison where he is placed under solitary confinement in an ‘anda cell’ that has no windows and no protection from extreme weather conditions. .

The court had earlier rejected his application for suspension of sentence over medical grounds. The court maintained that his sentencing was fair and that he was being provided adequate medical care in the prison.

Muralidharan Vishwanathan, General Secretary of National Platform for the Rights of the Disabled (NPRD) shared about petitions raised for health concerns of Prof. Saibaba.

The NPRD had represented before the NHRC on two different occasions. We have extensively quoted and relied on various international conventions and protocols while arguing our case for his release and treatment. In response to our first petition the NHRC had sent a one-member team to the Nagpur jail. The NHRC representative met Saibaba as also other jail officials. In both we had argued that he should be granted bail for treatment. The jail premises is inaccessible, his wheelchair was broken, he is being denied medicines and proper treatment. He is being confined to an anda cell reserved for dreaded criminals. A person who cannot move about on his own is confined to this cell. It is nothing but cruelty of the highest order. Unfortunately, there has been no reply from the NHRC to our petition.

He added, It is not only violative of various UN human rights conventions, the UNCRPD and the RPD Act, such degrading and inhuman treatment amounts to torture and cruelty, especially given the fact that Saibaba is a wheel chair user and a person with 90 per cent disability.

Several human rights activists across the world have voiced their concerns about the trial and sentencing of Professor Saibaba and have raised demands for his immediate release. They claim that he has been falsely implicated and the sentencing is harsh and unfair.

The United Nations human rights experts have also said. “India is bound by its international obligations to ensure that persons with disabilities deprived of their liberty are provided with reasonable accommodation, accessible healthcare, as well as continuous and appropriate medical treatment and rehabilitation.

Professor Saibaba himself has also been writing to his family and authorities requesting for better medical attention as his health has been deteriorating due to the extremely rough conditions in the prison.