Inclusive Arm Wrestling Championship will test the mettle of Mumbaikars 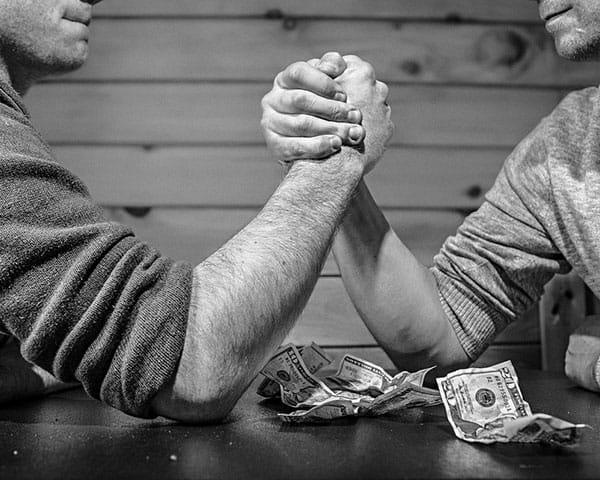 Mumbai-based Horizon Sports Academy aims to encourage sporting talent among people with disabilities and create awareness about para sports. The academy has something exciting planned which is an arm wrestling competition. Called Mumbai District Arm Wrestling Championship, this will be an inclusive event, open to people with and without disabilities.

Arm wrestling is a sport where two players are pitted against each other, with each one attempting to pin down the other’s arm onto a surface where the elbows are rested. The strength of the arm muscles are severely tested. While forearm muscles are mainly used, upper arm, shoulders and chest come into play as well.

The prime mover behind the event Khushi Ganatra says the sport is good for physical and mental health. A gold medal-winning para-power lifter, Khushi is a national powerlifting champion and a wheelchair user since birth due to a condition called spina bifida. Khushi wants to spread the love and passion for sport among more disabled people.

Sports not only makes the body healthy and flexible, it is also extremely beneficial for our mental health and wellbeing. Everyone should take part in regular sports and physical activities to lead a much healthier and happier life. – Khushi Gantra, Founder, Horizon Sports Academy

With support from partners Zidd and Mantra Gym, the championship will be held on 12 May

The championship will open doors for arm wrestlers to play at state and national levels. Depending on their performance here, the best among the crop will be chosen. Dinkle Shah, Maharashtra wheelchair basketball champion, will be taking part as well and she says such events are a good way to promote para sports.

“I like playing different sports. I am an international wheelchair basketball player but never played arm wrestling”, says Dinkle. “I am excited to play it and have a new experience altogether, she said.

The chief guest at the event is popular YouTuber Deepraj Vedpathak, creator of the channel Deeplife. There will be other judges as well, including the well-known Harish Verma, the para-arm wrestler. Harish has won medals at the World Arm Wrestling Championship.

“I am very happy and proud of the efforts that Khushi is making for promoting para sports in India”, says Harish. “There are many talented para sportspersons in our country but due to lack of financial support they are not able to reach their potential. I am glad to be a part of this event and hope to see some real talent”.

The Mumbai District Arm Wrestling Championship is open to male and female sportspersons. About 200 contestants are expected to participate.