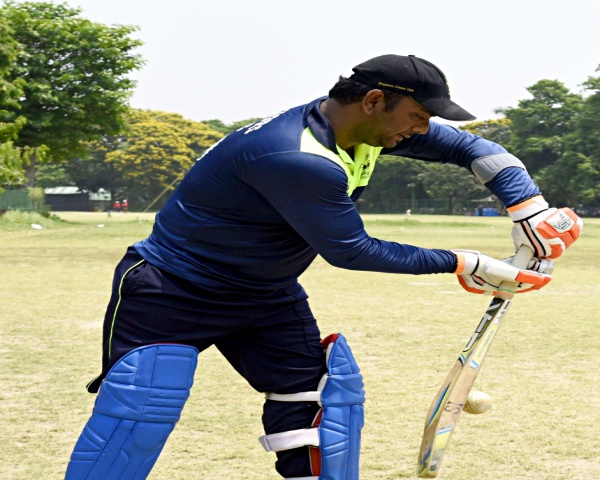 In 2008, when Suvro Joarder lost his right leg in a freak highway bike accident, his cricketing career seemed to be over for good. It was a heartbreaking moment for Suvro, who had just been chosen to play cricket for the prestigious Excelsior’s Club of the Cricket Association of Bengal (CAB). Suvro had even earned a Bengal U-22 call-up.

Today, 11 years later, Suvro is back with a bang, making history as the first physically disabled cricketer to earn a place in the same club. He recently played for Excelsior in the N C Chatterjee Trophy, scoring 13 runs off 18 deliveries with two boundaries.

After my accident in 2008, I started playing cricket again informally with non-disabled players but I was not allowed to play in CAB matches as the rules did not permit runners on the field during matches. But seeing my performance in so many non-CAB matches and the fact that I am the captain of India’s physically challenged cricketers’ team, the CAB decided that I should have a chance to play with non-disabled players. I am the first player to be given this opportunity. – Suvro Joarder, Captain, Indian Physically Challenged Cricket Team

The change in the rules was initiated after a meeting between former Indian cricketer and President, CAB, Saurav Ganguly, Avishek Dalmiya, Joint Secretary, CAB, and other members of the association.

“I think cricket is the real winner today, said Dalmiya in a press release statement. “The term ‘Cricket’ is much bigger than just a mere game. It also stands for unity, brotherhood and humanity. Suvro was a very talented cricketer. He showed his determination by establishing himself as one of the leading disabled cricketers in the country. At times, it is important to take a holistic view of the matter and as an exceptional case considering the unfortunate incident that had taken place earlier, the Association allowed him to play with certain conditions to keep the spirit of sportsmanship flying.

Dalmiya then followed up with a letter to Albert Club to ask if they would allow a substitute runner and fielder so Suvro could play cricket. Some tournament by-laws were changed to accommodate him.

Suvro says it all feels like a dream come true. “I never thought that I would be able to play cricket every again after I had the accident. To first play in the disabled category and now with non-disabled players seems incredible..

The comeback is also a testament to his grit and determination to play the game. Suvro had to almost re-learn the game of cricket as he had to get used to playing with an artificial leg. “I had to practice my shots again with the artificial leg. My greatest lesson from all this is to never give up but push yourself every single day and to work on improving your levels.

Apart from the CAB, Suvro is thankful for the support he has received every step of the way. “My family and my close friends were there from the very start and so many coaches who guided me through this. The media has also helped by highlighting the achievements of disabled cricketers in a big way. All this has finally paid off to get me where I am today.