Down syndrome has not stopped Anita from chasing her modelling dreams 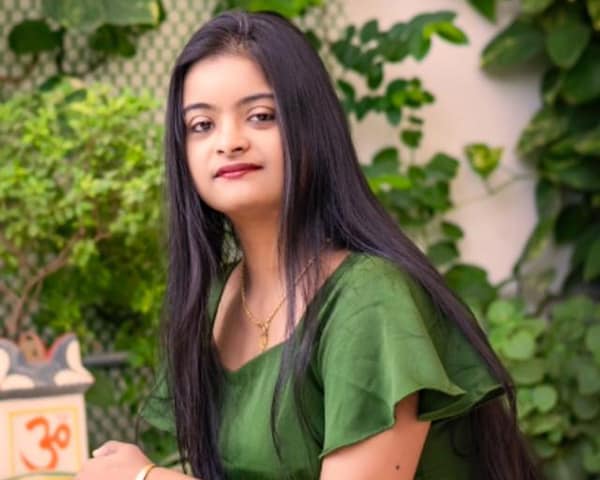 For Anita Menon, Down syndrome has never been a deterrent to achieve her dreams. That is why she decided to choose modelling as a career. Her dreams truly took wings and Anita is now a successful model and also an artist who paints beautiful acrylic paintings on canvas. 26 year old Anita has all the support from her family, mainly her mother Usha Menon who is her strongest pillar of strength. Usha, over the years, ensured that her daughter gets nothing lesser than the best.

Anita was born in Bhopal. Soon, she was diagnosed with Down syndrome which devastated Usha. But she was determined to empower her child which she says was the best decision in her life. The family soon moved to Kerala where Anita spent a few years until leaving to Dubai. There, she was admitted in a special school which gave her the right guidance and therapies to become independent and self-reliant. She was in the school for 19 years until the age of 24. Usha points out that the special education in Dubai is not based on academics but on how to become self-reliant and independent which is more important.

Anita started taking an interest after seeing her cousin’s portfolio shoots for a modelling assignment. Soon, she decided that modelling is her true calling. Anita was the first model with Down syndrome to be featured in Friday Magazine, one of Dubai’s leading magazines. She was later featured in a modern Alice in Wonderland theme calendar and later walked the ramp for Calendar Girls in Dubai Ever since the family moved to Pune in 2016, Anita has walked the ramp for some fashion shows across the country.

Like every child, a child with Down syndrome also love life and wants others to appreciate and consider them equal. They are all beautiful in their own way. We need to spread awareness about inclusion for people with disabilities. In fact, we need more brands to come up and start the trend of hiring models with Down syndrome like how it is in many other countries. The fashion industry in India still tends to showcase same kind of models. We had contacted a few agencies but they turned down our request for having Down syndrome models. I hope Anita can fulfil her dream of becoming a successful model in India-Usha Menon

During an event, Anita did a painting in front of a crowd of 2500 people. Usha says that it is high-time our society stops under estimating skills of a people with disabilities. She points out that a disability is clearly not end of the world. Unlike earlier days, technology has also progressed helping and is reaching out to empower people with disabilities.

Anita has a few plans for the future. But she wants to make a career in modelling is gearing up to strive for it any cost.

“Anita is a wonderful young girl, very respectful as well. She gets along with everyone. I have personally seen her work while she interacts with other children, especially while doing arts and crafts under my guidance. She works with great dedication and always completes her task on time. Anita is always up for challenges. She is a keen learner who comprehends well any given task, says Nandita Paul, Anita’s special educator.

ALSO READ: Some tips for working with people with Down syndrome