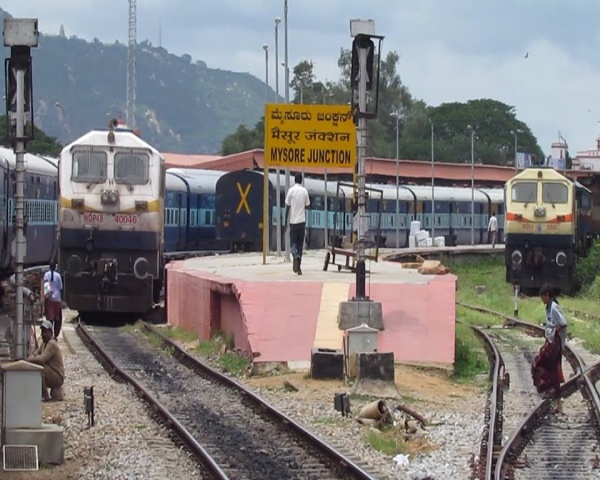 This story from Bengaluru is about an NGO that is committed to making India a blind-friendly nation. Anuprayaas aims to improve the quality of life for people with visual impairments.

The benefits of travelling are many. It helps us to renew and refresh. Checking out new places or visiting a place that you are already familiar with helps you in many ways. Even experts vouch for that. In India, accessibility at public places is still a distant dream for people with disabilities. Hence, travelling becomes difficult.

Bengaluru-based NGO Anuprayaas is all set to make a difference. Apart from sensitizing people about disabilities, they are promoting accessibility at railway stations so that visually impaired people can travel independently and explore new places.

Founded by Pancham Cajla, Anuprayaas is entering its fifth year. The NGO has installed Braille signage at Mysuru, Mumbai and Bengaluru railway stations.

Pancham, who hails from Chandigarh, has been working hand in hand with NGOs that empower people with disabilities since his childhood. He used to volunteer as a scribe and had a chance to observe the difficulties experienced by visually impaired people closely. When he moved to Mysuru for work, he continued to volunteer for blind schools, NGOs and hospitals. His network got bigger and wider and he started Anuprayaas with an aim of empowering people with disabilities.

Pancham went to Mysuru railway station where he met with the senior officials. They were impressed with his idea of installing Braille signage. Pancham and his team created a plan.

“We are planning to expand this to other railway stations in the country. Currently, we have listed 14 stations. We have been getting good feedback for our work. Visually impaired people do not have to depend on others anymore when they want to travel. Travelling is accessible and disabled friendly in many foreign locations. In India, we still have a long way to go. But it is definitely catching up, says Cajla.

If all goes well, Anuprayaas wants to expand the facility to metro stations in Bengaluru and other cities.

“This is the first time that an NGO is stepping forward with an initiative like this for visually impaired people. I have used their Braille signage at Mysuru station and it was very helpful. All thanks to Anuprayaas, Pancham and his team. I hope this is implemented across all railway stations in India, says Sheikh Adil Hussan, a visually impaired person.