From working for underprivileged kids to disability rights advocacy, Diksha wears many hats 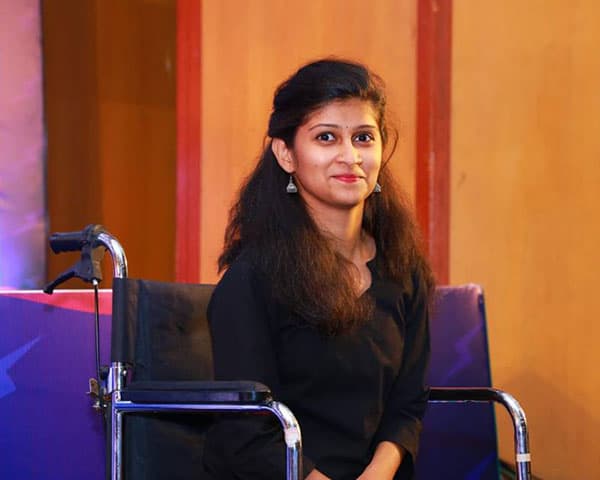 Born with a disability, Diksha faced hardships that would have defeated most people. Instead she used those experiences to forge a stronger identity.

Come July, Diksha Dinde is off to South Korea. This National Youth Award winner is being honoured by Rehabilitation International South Korea for her efforts to empower underprivileged children. Diksha will represent India at the programme.

Diksha, who is physically disabled, has been recognised previously for her work as well. But getting here has been a long, hard struggle. This youngster from Pune faced a lot of discrimination and barriers in her early years because of her disability. As a wheelchair user, many places were also inaccessible to her which meant she missed out on being with friends.

More critically, Diksha faced discrimination when it came to getting an education. She was denied admission by mainstream schools and she was in such despair that she nearly had an emotional breakdown.

However this plucky youngster gathered herself and emerged stronger. Today, as administration head of a leading travel company in Pune, she stands on her own feet. The turning point in her life was a meeting with a young girl at an orphanage. Diksha says she felt an emotional connect with the girl.

One day, she asked me if I could take her home so that she could live with a family. That kept ringing inside my head and I realised that I am so blessed. Until then, I used to cry over small things and was disheartened about the discrimination that I faced. We always think of our shortcomings. Why don’t we look at our blessings? In fact, that young girl opened my eyes. She was indeed an inspiration. – Diksha Dinde, Social Worker

After completing class 12, Diksha joined a graduation degree in business administration and then went on to do a masters in history. Along with this, she worked to educate underprivileged children fight for disability rights, causes close to her heart. She is actively involved with Hope Under the Bridge, a programme for underprivileged children.

“I want disability rights to be rightly implemented. I hope to work with the government towards the right causes., says Diksha.

Diksha won the State Youth Award from the government of Maharashtra, the Social Architect Award from the Ministry of Youth Affairs and Sports and the Best Delegate Award at the Asia Pacific Future Leaders Conference in Malaysia to name a few.

Going ahead, Diksha plans to complete a Ph.D in Public Policy and create awareness about accessibility. “I have faced many problems due to lack of accessibility. I don’t want our future generations to go through that. Even schools are not accessible”.

Where does she get all this determination from? Diksha says her biggest support group is her family. “My father who is an auto driver and my mother, a tailor, have been my strongest support till date, says Diksha.

Yashwant M, a close family friend of Diksha, has watched her grow into a confident, assured individual. Yashwant, a coordinator with the Ministry of Youth Affairs and Sports, calls her inspiring.

“I had met her through a government scheme and found her to be a strong girl who has beaten many odds to come out successfully. Her confidence and outlook towards life is inspiring. There is something extraordinary about her. Since she has attended many programmes, she knows what is best when it comes to disability rights. She does have a goal in life and is a true inspiration to youngsters, says Yashwant.

ALSO READ: Passion for sports keeps Amresh’s spirits up through the worst of times