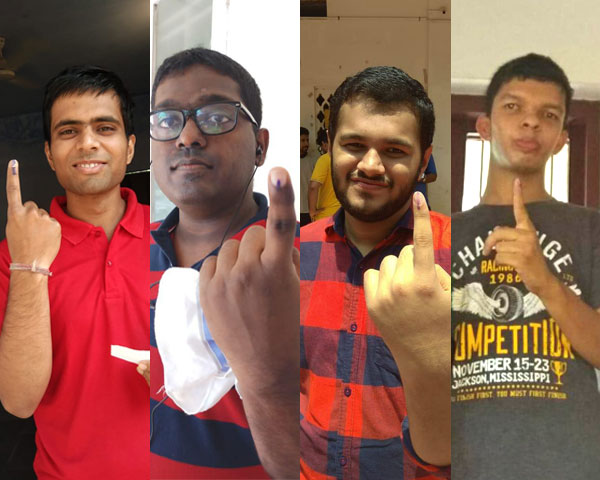 Many adults with autism cast their votes for the first time in the general elections that just got over. By being responsible citizens, they exercised their rights in formation of the government.

Twenty five-year-old Brian Varghese Pradeep from Kerala voted for the first time in this election and still feels a thrill when he talks about the experience. Brian did enough research before deciding who he was going to vote for as he was fully conscious of his role as a responsible citizen. Like him, many young adults with autism cast their votes for their first time.

Akshay Bhatnagar, 27, from Jaipur was even chosen as the brand ambassador of the ECI, the first time that an adult with autism was given the honour. Akshay has voted earlier but the visibility this time was quite exciting for him, says mother Pratibha. Akshay follows the news avidly and keeps himself up to date with politics.

He mostly knows Narendra Modi and Rahul Gandhi but makes sure he has a lookout on what’s happening around him. Every time he has to cast his vote, he is excited and thrilled. I talk to him about different political parties and their agenda. That way, he knows most of our leaders. –Pratibha Bhatnagar, Akshay’s mother

Brian’s mother Anita says he would even make posters of posters of political leaders at home. She was keen that his time, he exercise his role as a responsible citizen but there were some hitches.

“This year, we wanted him to exercise his right by casting the vote and took a voter ID for Brian and prepared him well”, says Anita. “But when they went to the polling booth, Brian’s name was not the list. “We had to call a few disability rights activists who made things easier for us. Once we went back, his name was listed and he could cast his vote. He was familiar with the name of one of the candidates who attends many functions for people with autism. I was allowed to assist him to the polling machine as well, she adds.

But not everyone was as lucky. Some people with autism were turned away as polling officers were unaware of the rights of people with disabilities. Like Marwan Munavvar. This 19-year-old from Kasargod, Kerala, was initially turned away and his father Munavvar Shuaib had to cross many hurdles before his son finally managed to cast his vote.

“Initially, polling booth officials were not supportive. In fact, they did not agree Marwan to cast his vote”, says Munavvar. “Then I had to talk to them about disability rights. They later contacted an agency who gave the go ahead. Once he casted his vote, the presiding officer came and congratulated him”, says the proud dad.

Yash, 20, from Taliparamba in Kannur, was among the first time voters and is still quite filled with excitement says father Premarajan.

“Initially, he did not know what voting was all about. But we made him aware of it. Polling booth officials were friendly and overall, it was a great experience, says Premarajan.

These youngsters got to exercise their rights and became responsible citizens. More importantly, they showed the world that they have a point of view and can make decisions about their political future.

ALSO READ: Interacting with an adult who has autism can be easy and fun. Here is how.