Accessible Elections in India & lessons for the future 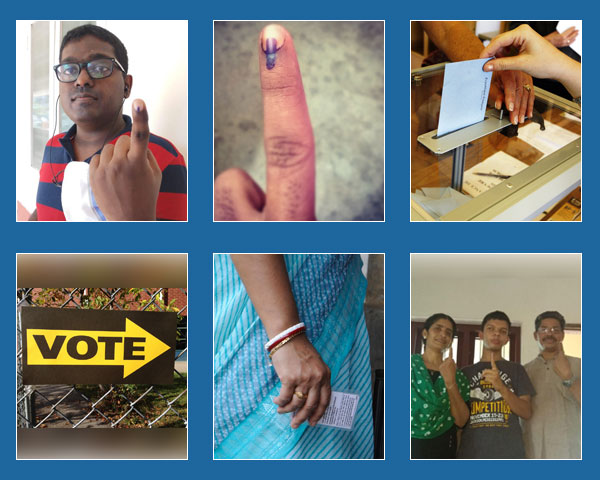 Its results day tomorrow, officially bringing to an end what is being called one of the closely fought, closely watched and most bitterly contested elections in India’s history.

This election was also historic for another reason — the spotlight it threw on people with disabilities. It may not have always been for the right reasons — the comments by political leaders across the spectrum comes to mind — but from the Election Commission of India, to NGOs to disability rights advocates, to poll officials with disabilities, every effort was made to live up to the stated motto — ‘Leave No Voter Behind’.

Did we get everything right? Far from it but there were many valuable takeaways. On Story of the Week we ask those invested in the Accessible Election exercise, what the lessons for the future are.

“One of the biggest lessons learned by me was that accessibility is not the sole responsibility of the ECI alone. I visited a school in East Delhi chosen as a polling station that dismantled the temporary ramp created by the Chief Electoral Officer the very next day after the election. Despite Right to Education Act and Rights of Persons with Disabilities Act, why have schools not complied so far? For one day, the ECI is doing so much, but why no seriousness on the part of schools to comply with it? All such schools should be subjected to penalties.

“The other was during my training as Presiding Officer of a PwD booth, when I learned two special ways of casting votes. Public servants on election duty have the option of casting their votes through postal ballot (Form 12). Similarly, voters in some categories of service have been given the facility of voting through proxies appointed by them. If postal ballots and voting by proxy can be allowed to Classified Service Voters, why can’t the same be extended to people with severe and multiple disabilities, if they wish so?

“The arrangements were inconsistent on the whole. There were some places in Punjab that got it right but neighbouring Haryana had many problems. Same was the case with West Bengal. “

“Going ahead, I think a checklist needs to be made of what arrangements need to be there for people of different disability types. There also needs to be greater focus on sensitisation. I am not sure how much time and money was spent on sensitising voting booths for instance. Also, every state needs to have an NGO partner to ensure that accessibility is addressed. The PwD app was a good initiative but in rural India connectivity proves to be a problem so perhaps having the same facility on website in different regional languages would be a good move.

“There was need for more sensitisation, awareness and training of all the polling and security officials at and around the polling stations, regarding accessibility and ease and comfort of voting for all the various types of disabilities.

“Going ahead, the top three focus areas should be:

This election has seen some significant precedents – Anjali, Kolkata managed to organise voting for 54 persons who are residents of Pavlov Hospital – from getting voter ids to organising sessions around parties and voting machines. Iswar Sankalpa, Kolkata and Banyan, Chennai organised voting for homeless persons with psychosocial disabilities. However, this needs to move beyond committed civil society organisations because issues of accessibility for persons with psychosocial disabilities call in to question their very right to vote due to previously regressive laws and stigma around mental health. Thus, in discourse around electoral accessibility, one hopes to see greater nuance as well as systematic execution of accessibility. – Rajvi Mariwala, Mariwala Health Initiative

“In Goa some of the NGOs along with government agencies conducted accessibility audits. Though the end result on polling day wasn’t upto the mark, there were many lessons learnt”.

“Elections do not take place in vacuum. Unless whole society is sensitised about needs of disabled population, we will never get accessible elections. All polling booths are placed in public buildings, not in private spaces. Even our old law of 1995 mandated all public buildings should be accessible, it is important to ask why that did not happen, instead of pointing fingers only at the ECI. Disability training should be given to everyone at school level. I do not think giving few hours of training few weeks before the elections to the concerned officers will solve the larger problem.”

This election wase partially accessible. Facilities promised were not there. Lack of accessible parking and washrooms was a huge problem. Next election, hope the ECI implements everything correctly what they had promised instead of merely putting it down on paper”.