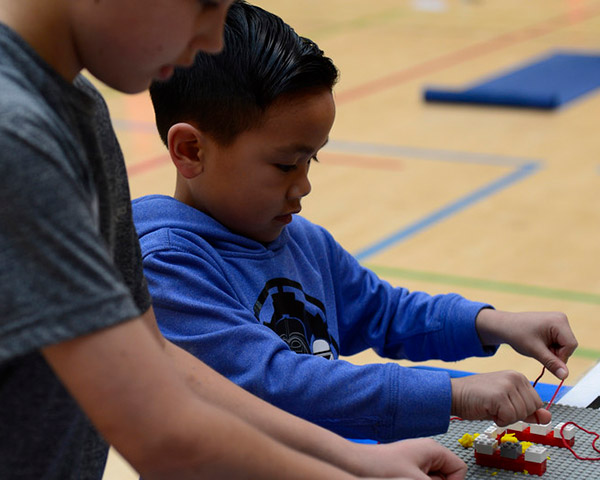 It’s a Tamil anthem called Because I Hear -I Live and its aimed to spread awareness about hearing impairments. The original version, sung by Czech Republic-based folk singer Milan Peroutka, has been translated into eight languages. The Tamil version has been sung by Prithwick.

This anthem is a worldwide initiative of the organisation Smiling Crocodile and wants to spread awareness about hearing impairments and the need for cochlear implants. The launch in Chennai was a big success with many parents and children present.

In India, there are many children from economically backward families that receive expensive cochlear implants with help of NGOs and other organisations but this is not followed up with further therapies and rehabilitation programmes. Expensive cochlear implants do not have any relevance in the child’s hearing capabilities without further therapies. We are trying to create awareness about all this, especially amongst children and parents from economically backward families. –Ranjith Rajeswaran, Audiologist, Madras ENT Research Foundation

Smiling Crocodile is an organisation that helps children who have undergone cochlear implants with rehabilitation programmes. They are in India to spread awareness about this and have worked with over 100 children in Tamil Nadu over the past three years. They are stepping up to reach out to more children in the months to come.

Noor Jahan, mother to Nasreen who is hard of hearing, says such initiatives give parents and caregivers a better idea about hearing disabilities and the need to take it seriously.

“When my daughter was born with a hearing disability, we couldn’t diagnose it due to lack of awareness. I think campaigns like these are a great initiative to reach out to parents and caregivers. Now, in this era of internet, everything is available at your fingertip which makes things easier for parents. With the right guidance of experts who hold campaigns like this, children with hearing disabilities can have a better quality of life, says Noor Jahan.