#BeingMom – What makes Latha such a role model for daughter Chandana 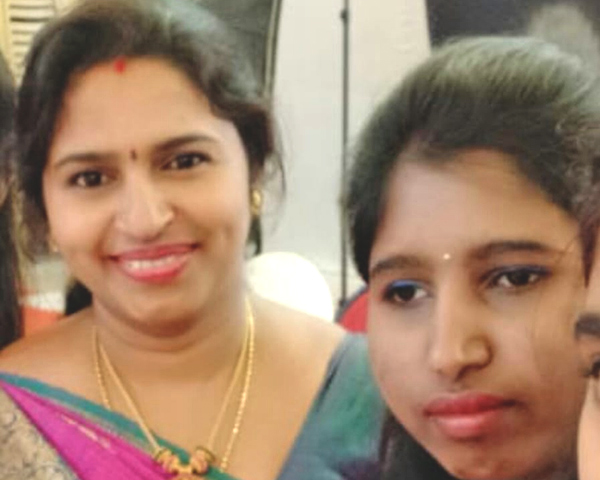 We conclude our May series #BeingMom with a story from Bengaluru on Latha Chandrasekar and daughter Chandana. To the world at large, Chandana is a confident woman, working in a top investment company. The person who has helped her script this success story in a big way is mom Latha.

When doctors told Latha Chandrasekar that her daughter Chandana had retinitis pigmentosa and would lose her vision eventually, she and her husband went into shock and denial.

The teachers at her creche told us that she had difficulty playing with blocks and that we should show her to a doctor. We hoped she would improve. When that did not happen, we finally went to a doctor when she was three. It felt like the sky had fallen upon us.

After visits to many specialists, they came to terms with the diagnosis, but the couple kept it to themselves for nearly two years. “Only my husband and I knew. It was hard because family members would scold Chandana saying things like ‘can’t you see properly’. At some point, we decided enough is enough.

Chandana’s parents enrolled her in a regular school but there was resistance from teachers who said she should be in a blind school. “Chandana was unable to write in a straight line and that was an issue, recalls Latha. “They would trouble her by changing her seating place constantly.

When Chandana was in class one, the school insisted her parents move her out. They checked out many blind schools in Bengaluru, but the infrastructure was so poor that Latha decided she would teach Chandana herself.

Hope finally dawned when the National Association for the Blind directed the family to a school with a resource room for students with disabilities. “We were worried because the syllabus there was ICSE, which is tough, so I decided to go to school with her everyday.

From the time Chandana was in class one to 10, I went to school with her every day. I would take the notes down in large prints and give her to read. By class seven, she lost her vision completely and some of her hearing as well. A piano teacher there taught Chandana Braille. We then got the Braille slate and managed the syllabus until Class 10 when Chandana got 72%. – Latha Chandrasekar

Chandana went on to do exceedingly well, scoring 88% in class 12. A newspaper article on her academic prowess got the attention of Merlyn D’Souza, who calls her association with Chandana and her family “a God-ordained meeting of hearts and minds.

Five years ago, we saw an article about a child studying in class 12 at a school where my son Paul D’Souza had studied as well. I told Paul, how amazing this girl was, recalls Merlyn. At the time, Paul, an inventor who has designed a range of designs that offer solutions to various aspects of life, was starting his work in the field of Braille literacy. “I asked Paul if he could give Chandana a Brailler because the Braille slate she was using was very old fashioned, says Merlyn.

The Brailler was sent to Chandana’s home and happened to reach on her birthday. That was the start of a friendship that continues until today. Merlyn is convinced that Chandana will be an inspiration. “She is going to be like Helen Keller, who can make an impact on society.

Paul calls Chandana and her family nothing less than exceptional. “Initially Latha was very nervous and protective, and it took her some time to come out of that. My mom advised her and over the years, she has become stronger. Chandana is an independent person now and even takes classes for other blind kids.

On her part, Chandana is clear that her mother is nothing short of a role model.

She has never treated me as a someone who cannot do anything. She was determined I grow up like any other individual. Until class seven-eight, when I could read partially, she would write all my notes down in dark sketch pens. If I couldn’t complete the notes, she would teach me everything. Even after I learned Braille, she would scan my textbooks, often staying up until early in the morning to do that. If I am standing so happy and confident today, both she and my dad are the reasons.

Latha says she is blessed to have a child like Chandana.

“What I have is a gift of god and not everyone has this opportunity. So, why should I care what others are saying? That is the same spirit I have imparted to her”.