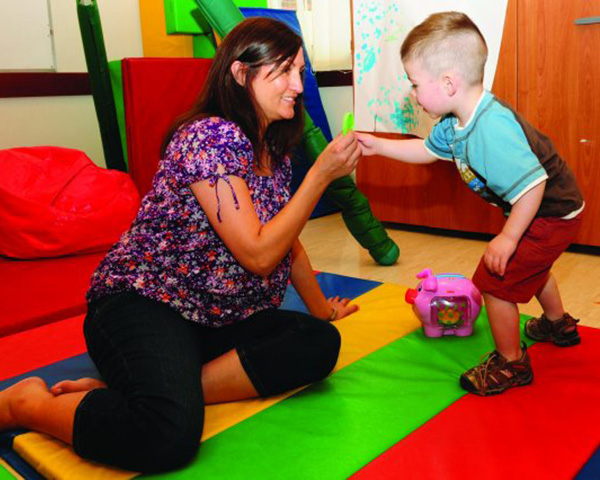 Despite court orders and government regulations, child therapy centres in Kerala are not being monitored closely, allege parents who are now asking the government to step in.

Almost two years after K K Shailaja, Kerala Minister of Social Welfare promised that therapy centres will be monitored for instances of abuse and mismanagement, rules and regulations are yet to be introduced. Parent support groups are now increasingly getting worried about how they can ensure their children’s safety at these centres.

Children with autism and other disabilities need regular therapy and other interventions as they are critical to learning life skills. Early and regular intervention also helps reduce the signs of the disorders. Many parents are unhappy with the quality of support offered, especially because they are also not involved in the process.

At many centres parents are made to sit outside while their child is undergoing therapy. Frustrated and angered, many parents came together to file a petition. Nothing has changed yet.

Preetha Anoop Menon, Shiv’s mother, is still waiting for action to be taken against the therapy centre where he was hurt.

The therapist at the centre claims my son’s hand broke because pressure was applied but I refuse to believe this. Even if that is true, how could she be so negligent? I still have no idea to what happened inside that room. This is not an isolated incident. It happens in many herapy centres across India. –Preetha Anoop Menon, Mother to child with autism

What this has done is galvanise parents groups across Kerala in a major way. Many parents have started making videos about child safety awareness and its importance. They have also come together to demand stricter guidelines. They are asking that parents be allowed to sit with the child during therapy. This is so that as primary caregivers, they can see how this is to be done so they can follow them at home.

Parents groups are also seeking greater focus on a rehabilitation rather than a medical model for children with autism. The petition that they had filed on 5 May 2017 will get the next hearing at Kerala High Court on 6 June.

Seema Lal, Co-founder, of TogetherWeCan, a well-known parent support group, is among those who is backing the petition. Lal says with the government showing complete indifference, the onus has fallen on parents to ensure their children are safe, which is not the way forward.

It is difficult for parents go behind ensuring safety of therapy centres because they have their own kids to take care of. Strict rules have to be framed. Parents must be able to sit with their children inside the therapy room and all centres must have a complaint redressal number if something goes wrong. The petition calls for greater coordination between parents and therapists.

Lal points to the mismanagement that is done under the guise of therapy with special educators conducting therapy and dance and art offered as therapy. Clearly the time has come for a complete overhaul.

Amanda Gorman, first U.S. National Youth Poet Laureate, does not see her disability as a weakness