Kidsville Educational Academy offers a shoulder to children with disabilities, & families too 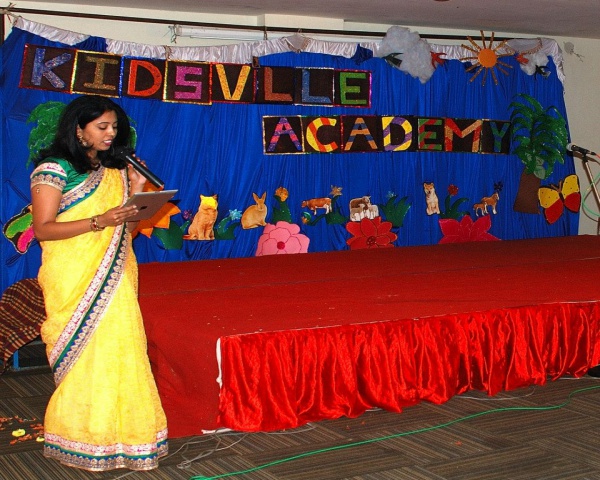 Founded in 2012, Kidsville Educational Trust in Bengaluru aims to educate all children with disabilities without any bias. It’s a goal that the founders, parents to a child with disability, are strongly committed to.

A fair opportunity for all children. It was with this purpose that Nandithaa and A G Shashikkanth gave up their corporate careers to start Kidsville Educational Trust (KET), a centre in Bengaluru that reaches out to children with all kinds of disabilities.

As parents to a child with disability, the couple were aware of the anxieties most families in such circumstances face. Their son Rithvikk, who is now 15, was born has Global Developmental Delay, and as young parents they struggled to get the right diagnosis, treatment and later education. At the time, there was not much available for children with disabilities.

“We were at the mercy of doctors and school authorities as there was no Internet to look anything up, recalls Nandithaa. She describes it as feeling “blindsided. The couple changed many schools in the early years as most of them had no facilitators to work with him or even an understanding.

The trigger to start something on their own was a conversation with the founder of a pre-school her son was attending. “All parents were promised a lot by the school and when it failed to deliver, we decided to confront the founder, says Nandithaa. “What struck me was her words to us — ‘If you parents can’t be proactive and do something for your own kid, do not come to me demanding explanations’ “.

The Shashikkanths pulled Rithvikk out of the school and started looking at ways to equip themselves with the required skills. Nandithaa started volunteering in special schools and went to get a diploma in special education. In 2012, Kidsville Educational Trust was born.

We started as a small inclusive pre-school and offered all support therapies. We cater to children with neuro-cognitive disabilities like autism, ADHD, Learning Disability, Down syndrome, to name a few. In 2018, we started with NIOS coaching for children above 14 years of age. – Nandithaa Shashikkanth, Co-founder, Kidsville Educational Trust

The school offers three core programmes – Early Intervention (2-7 years), Pre-NIOS (8-14yrs) and NIOS (above 14 years). “Our vision is to provide quality education to children with special needs at a low cost so parents can focus on the children instead of providing for their family. We want to make these children socially acceptable and financially independent, says Nandithaa.

There are no admission criteria followed at the centre. Children are enrolled at their current functioning level. There are lesson plans made for every child and parents are closely involved.

It is this aspect that appealed most to Neelu Singhvi, whose daughter Aarini studied there for four years. The Singhvis left the school when they shifted to Rajasthan.

“The teachers and the staff are amazing because they counsel the parents and offer them much support, recalls Neelu. “Nandithaa would try and involve the parents in as many activities as possible and never hid anything from us. Neelu plans to set up a centre on the lines of Kidsville Educational Trust in Jaipur.

It is this personal touch that sets the centre apart says Bhavana Batra, a special educator here since 2012. “There is a lot of understanding and empathy shown towards parents. As a parent to a child with special needs, Nandithaa can understand their anxieties and relate to them. This is communicated this to the staff as well.

Nazhathul Ainm’s son Nasur will be going to Kidsville again for NIOS coaching from next week. Nasur had done his early schooling here and the support he received helped him overcome his speech difficulties. “He had some speech problems which the teachers at Kidsville were able to help him. Thanks to that, he could integrate well in a mainstream school later, says Nazhatul.

It is these old associations Nandithaa most cherishes. “Even today all the kids remember me so fondly and I am happy that I was able to help my son and so many other kids and their parents.

GET IN TOUCH: To contact Kidsville Educational Trust, call +91-8618146577 or email
kidsvilleacademy.hsr@gmail.com.