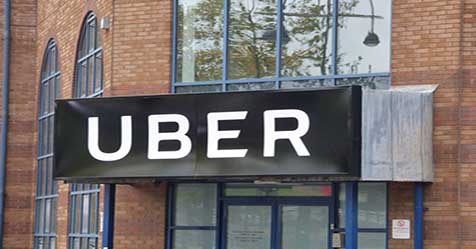 Cab aggregator Uber is under fire for discriminatory behaviour towards people with disabilities. This is after disability rights activist Arman Ali took to social media to speak out against an incident in Chennai.

App-based cab service provider Uber ducking for cover after it is called out yet again for discriminating against a person with disability. The latest incident has been reported by well-known disability rights activist and Executive Director of the National Centre for Promotion of Employment for Disabled People (NCPEDP), Arman Ali.

Ali took to social media to share the experience which took place in Chennai. He had booked an Uber taxi for the Chennai airport and confirmed the booking as well. But after a 10-15 minute wait, the driver cancelled the trip. What followed was horrific.

Subsequently, I booked another Uber..However after I got into the car, had my luggage put in, the driver was unable to put my wheelchair in the boot. I requested him to put it in the backseat to which he refused and said he doesn’t want to do the trip. I was unceremoniously pushed out of the cab and he cancelled the trip. I lost a huge amount of time due to these two Uber drivers’ misbehaviour. – Arman Ali, Executive Director, National Centre for Promotion of Employment for Disabled People (NCPEDP)

This was not the end of the nightmare. By the time Ali reached the airport in Chennai, the counter was closed and he missed his flight. “I had to buy a new ticket for Rs 14,000 and wait for two more hours. This also resulted in my missing an important meeting scheduled for the same evening”.

As he points out, such experiences are more the norm than the exception, even over two years after the enforcement of the RPWD Act. “Even after India has signed the CRPD and even after the RPWD 2016 has been passed, there is still such discrimination against people with disabilities at every level”, says Ali.

Ali’s posts have evoked a strong reaction from many in the disabled community. Ahmedabad-based law student Maitreya Shah commented that he has been refused trips in many cities because he is visually impaired.

“I have faced these issues on many occasions across different cities like Delhi, Mumbai, and Ahmedabad”. Maitreya says Uber does not even have a redressal mechanism in place. “In Delhi, the driver refused the trip, and in Ahmedabad then there have been instances when the driver told me he is coming to pick me but never showed up”. Maitreya says this happens when he tells teh driver about his disability. “There was even an an incident in Ahmedabad when an Uber driver got another random passenger to sit in the car while I was still riding without even asking me. It was very unsafe and I recorded the incident and sent it to Uber. I only got a message saying sorry from Uber and no other action was taken”.

Faced with many more such comments, Uber India Support finally came out with this statement – “Sorry to hear about the trouble, Arman…We’ll get this addressed.

The problem, however is confined to Uber alone. Chennai-based activist Smitha Sadashivan from the Disability Rights Alliance says she has faced this with Ola Cabs as well.

“I book cabs with the Ola app and there were a few instances when the drivers refused to take me and cancelled the trip as I have a wheelchair. I was late for many meetings due to such incidents”. Smitha says she did not have time to lodge a formal complaint but was put through acute mental stress.

An apology alone is not enough. It is high time the service industry is put on the mat for not catering to the needs of people with disabilities. Earlier this year, the Guwahati High Court awarded damaged to Ali after he took a Gold’s Gym outlet to court for refusing him service. This is a significant precedent, and such measures must be explored to ensure such blatant discrimination towards disabled people comes to a stop.