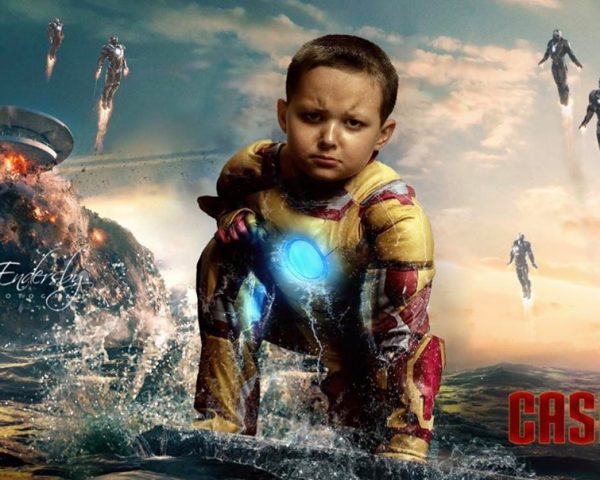 American couple Nicole and Scott Endersby, who have three children with autism, recently started free photo sessions where kids with autism will be made to look like their favourite superheroes. Called #Endersbysheroes, their idea is gaining popularity on social media.

As parents to three children on the autism spectrum, Nicole and Scott Endersby are attuned to the needs of children with autism. They know how to make a child with a disability feel special, wanted and unique.

Superheroes, with their unique features are a special hit with children on the spectrum. Many want to dress and look like them. So the Endersbys hit upon an idea to make them feel special.

The couple offer every child with a disability the opportunity to transform into their favourite superhero be it Superman, Batman or even Captain America.

Called #Endersbysheroes, the couple offer free photoshoots to these children using a green screen and photoshop. All the child has to do is indicate which superhero he or she wants to look like and voila, the Endersbys weave their magic. The final photograph has a background of the movie poster and the child dressed up as the superhero.

The gesture has touched hearts of parents around the world, including in India, where many parents say they are inspired to try something similar.

Fathima Sheikh, who has a son with autism, says #Endersbysheroes is a cool initiative.

Kids can even bring their siblings to stand along with them in the photos for #Endersbysheroes. Special effects and photoshop is used to enhance the photos. Such initiatives go a long way in boosting the child’s confidence and self-esteem. The Endersbys are offering this for free.

“This is definitely a sweet initiative. I have noticed that most youngsters with autism love actors on-screen. So if something like this comes down to India, children must be given an opportunity to look like Salman Khan or Ranbir Kapoor. Children can connect better with actors and it can help boost their confidence too, says Karen Karbhari, founder of Buddy Centre, for children with disabilities.

The Endersbys plan to host a sensory-friendly screening of Toy Story 4 at a theatre where parents and children can come together. The walls of the theatre will be lined with photos of these young superheroes.