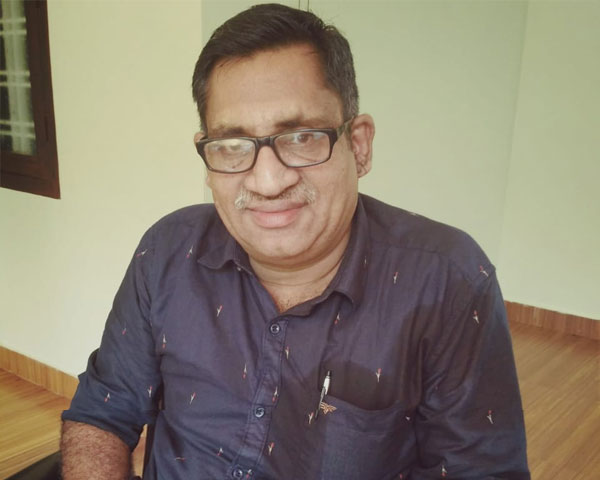 Zakker Hussain is a member of many organisations in Kerala that are empowering people with disabilities. Hussain is known for his social work, and this commitment was most evident during the Kerala floods last year.

The floods that hit Kerala last year was one of the most devastating calamities India witnessed in over a century. After a year, the state has returned to normalcy, but those two weeks of horror are still vivid for many people.

Like Mini, a wheelchair user, remembers the harrowing situation she was in. Her phone fell into the waters and she lost all means of communication. The person who came forward to help her was Zakker Hussain, a social worker who is a hero to many. As a person with disability, Hussain is well aware of how vulnerable the community is during disasters like these. He stepped forward to help many people.

A teacher by profession, Hussain started using a wheelchair five years ago. He has muscular dystrophy and was able to walk until a few years ago. Hussain was an active social worker and he continued in that direction. He runs a training institute at Thrissur and is a member of the NGOs MIND and All Kerala Wheelchair Rights Federation.

When I started using a wheelchair, I experienced the accessibility problems faced by wheelchair users. During the floods, I came across many people with disabilities who could not even move around inside their own houses due to water and dirt. I am glad that I could do my bit then. Even now, I keep looking out for those who need help because there are many underprivileged people around us who goes unnoticed. –Zakker Hussain, Social worker

Hussain recalls a young girl called Najmath who reache dout to him for help. She was unable to move around in her own house due to the high water levels. “When I asked her if she needed food or water, she said she just wanted to move around peacefully. We later moved her to a safer place.

A post-graduate in psychology, Hussain conducts online counselling sessions too. People call him from different parts of Kerala to discuss their problems. “Paulo Coelho, the motivational speaker, says that when you want something the universe conspires in helping you achieve it. I totally believe in it. There is no point stopping yourself from doing things or not chasing your passion because you have a disability. Keep working towards your goals until you achieve them, says Hussain.

We spoke to young Naimath who had reached out to Hussain during the floods. She calls it the best decision of her life.

“It was my friends who suggested I call Hussain sir. It was indeed a good decision because I could get help at the right time when my house was immersed in water. He made arrangements to stick sheets on my floor due to which I could move around, she says.

Hussain says his biggest assets are his wife and three children who are committed to offering him all possible support so he can reach out to help others.