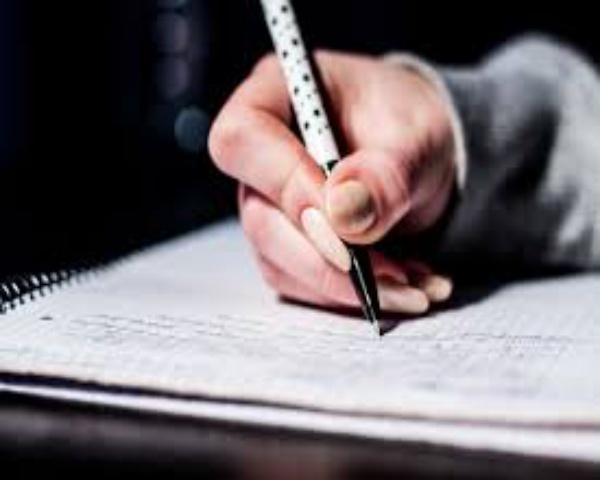 When Mumbai-based digital marketing executive Harsh Gupta volunteered to scribe for a visually impaired person at the recent State Bank of India Clerk Prelim Exam, he was unaware of the nightmare many disabled students routinely experience. He encountered firsthand the many barriers that make the process exclusionary – from inaccessible halls, to rude officials to exam papers.

This moved him to share a series of tweets recounting what he saw. While familiar to most in the disabled community, the experience shared by a non-disabled person, has helped trigger an important conversation.

“I would never have known how bad it was unless I had volunteered Harsh told NewzHook. “This was my first time and I was expecting to receive some information, but I found officials there borderline rude. When I shared my experience with a friend, he urged me to write about it.

In a series of tweets – https://twitter.com/harsh6363/status/1142694845766492160?s=19 – Harsh has documented in detail the various systemic barriers. From the poor security arrangements for belongings, the over 120 people packed into a hall meant for 60, to question papers framed in a hard to process manner, the details highlight the systemic barriers faced by disabled students.

Another first-time scribe at a different SBI exam centre, Shayonee Dasgupta described it as a “disaster waiting to happen.

There was no counter at the gate and hundreds of students were standing cluelessly, not knowing where to go. The building has couple of entrances and I spent a good 10 minutes understanding how to enter..The level of the questions in the reasoning and Math sections was difficult. I had to wait for G to comprehend and then tell him the question and the options. I couldn’t go too slow because there were 20 minutes for 35 questions. Some of these questions took me a couple of minutes to understand. – Shayonee Dasgupta, Content writer

Eventually the person Shayonee was writing for could not complete his paper. “We barely covered five of 21 questions, Shayonee told NewzHook. “I had to keep explaining the square roots and the experience made me realise how privileged I was to have sight. The entire system is only for the abled.
These experiences are hardly new. One person responded to Harsh’s tweet saying his mother said the same words nearly 40 years ago when she volunteered as a scribe. A shameful state of affairs as disability rights activist Nipun Malhotra points out, who went through several harrowing experiences like these. One of them was during an entrance exam at the prestigious Jawaharlal Nehru University in New Delhi.

“My writer was disqualified last minute and my school going brother who had come to drop me for the exam had to fill in. My brother was a little kid who had just tagged along on his break from boarding school. He sat hungry to write a four-hour exam. And the writer had fully fitted into the defined criteria, approved by the university but wasn’t allowed to write.

As Malhotra puts it now, “If I hadn’t given the exam, I don’t know what would have happened to my life. I was lucky that my brother was dropping me. What If he hadn’t been there to drop me? The point is that education really empowers people with disabilities and puts them on an equal footing with others. If this is going to become inaccessible, what is going to happen?

What such repeated instances highlight is the complete lack of respect for people with disabilities.

“There was a recent case in Uttar Pradesh of a visually impaired student who went with a scribe to take an exam, says disability rights activist George Abraham. “Now the rule was that the scribe should be a class 12 pass but not a graduate. In this instance, the scribe was in his first year of college, but the invigilator decided he could not sit. It is all very arbitrary.

The Twitter thread, Abraham hopes, will lead to some concrete measures to improve the exam system for people with disabilities. One of the suggestions made is to have question papers in Braille for visually impaired candidates.

“Braille, with due respect has played its role, points out Abraham. “You will then have to find someone who reads Braille and can transcribe the paper, and this again makes it an exclusive club.

The way forward, he believes, is digital. “If we are looking at becoming part of the mainstream, scribes need to be phased out and the exam system should become digital. The whole word is going digital so why not explore this space?, he suggests.

That still does not address the larger problem, the utter callousness shown towards people’s efforts and dignity. A system that as Harsh puts it, is designed to disabled people with disabilities even further.