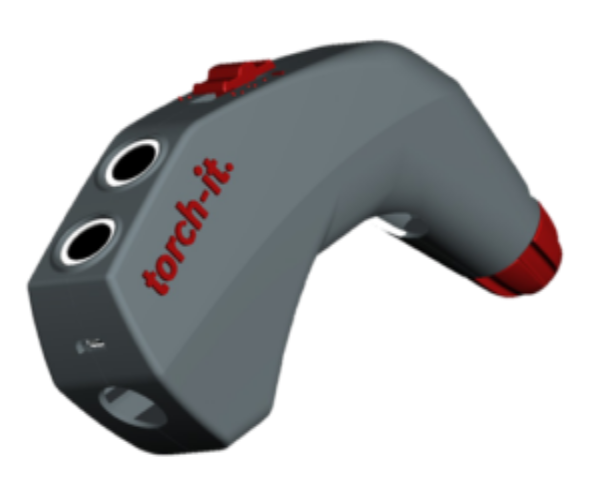 On #TechThursdays this week, we profile Saarthi, a mobility device for visually impaired people that helps detect obstacles and move about easily.

Until a year ago, Sailesh Damor, a 19-year-old visually impaired college student in Ahmedabad, Gujarat, used to hesitate to venture out on his own. That changed after he started using Saarthi, an assistive device that helps people who are blind and low vision move around safely.

Developed by torch-it Electronics, Saarthi claims to offer 99.7% accuracy in obstacle detection and navigation support, thereby enabling blind and low vision users to move around without fear of bumping into obstacles and sustaining injuries.

“I started using Saarthi over a year ago and life has become far better now, says Sailesh. “Earlier I never knew what was happening around me. Now, the vibrations from the device tell me what is happening around me and I can move about without worrying too much.

Saarthi, which is a product of the start-up torch-it, can be handheld or mounted on a cane. The device has been designed based on the feedback of over 1,200 blind users. There are three ranges for users to toggle from – 2 feet, 4 feet and up to 8 feet. The accuracy is maintained across all ranges and the user can easily move between ranges with braille support.

There are 70 million people with vision impairments in India and they are unable to join the workforce due to mobility issues. We, at torch-it, have started a journey to empower this community with tech solutions to help them lead independent lives. Our initial product, Saarthi, helps blind and low vision people detect obstacles in their path with a 99.7% accuracy. Our vision is to touch the lives of the over 285 million visually impaired people around the world. – Hunny Bhagchandani, Co-founder, torch-it Electronics

Priced at Rs 2,200 Saarthi claims to have an edge over similar products in the market, both in terms of affordability and user ease. The device has been designed such that people can grip it comfortably in their hands compared to other devices that are heavier.

Pankaj Nadoda, who got the device about a year ago from the National Association for the Blind in Ahmedabad says he is able to move around comfortably. “There are many benefits to using Saarthi. I can walk long distances without worry as the device tells me what the obstacles around are. That makes me feel safe.

Sailesh says there should be training sessions offered in the usage of Saarthi so users are familiar with the device..There should be more session conducted in how to use the device, and how to hold it better. Many people find it quite hard to understand after just one session.

The team behind Saarthi has developed the device with the support of many organisations including Indian Institute of Management Ahmedabad, Royal Society of Engineering, Federation of Indian Chambers of Commerce & Industry as well as the governments at the Centre and the state of Gujarat.
Torch-it has plans to expand the product internationally to countries in Africa and as well as South Korea.

Saarthi has been named among the Top Social Start-Ups by Prime Minister Narendra Modi and features in his book on start-up success stories.