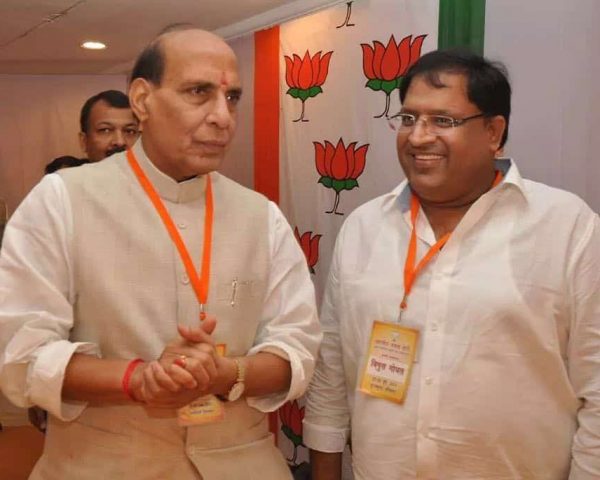 The Narendra Modi-government has been put on the back foot and forced to review its decision to impose a tax on the disability pension given to soldiers. The government said it’s move was driven by instances of misuse but there has been outrage expressed by many former soldiers.

Outraged and angry reactions from service veterans has forced the Centre to review the decision to impose a tax on the disability pension given to soldiers who have served their full term. Union Defence Minister Rajnath Singh took to social media to say that he would personally look into the matter.

The move led to heated debates in the Parliament as well. “During the Zero Hour in Lok Sabha today, I assured the House that I will look into the matter related to imposing tax on Disability pension for military personnel”, tweeted Singh. “Defense preparedness and the interests of the armed forces personnel are the top most priorities of the NDA govt”.

The changes in the disability pension came following a circular of the Finance Ministry’s Central Board of Direct Taxes said that income tax exemption would continue to be available to all army, air force and navy personnel who have been invalidated from service due to ‘bodily disability attributable to or aggravated by such service’. But the circular added that soldiers with disability who retire after full service will no longer get tax exemption on their disability pension”.

Among those to speak out strongly was Major General Ian Cardozo, the first war disabled Indian soldier. Major Cardozo stepped on a landmine during the 1971 war with Pakistan and had to cut off his badly wounded leg with a khukri. He later went on to command a battalion.

Speaking to a TV channel, Major Cardozo expressed his deep disappointment with the order, saying the personnel “put country first, their soldiers next and themselves last. We will continue to fight but is this right. Will we get right type of people who understand that if I am disabled in battle or if I die in battle, people left behind will be taken care of the country? Is it fair, should we not be taken care of?

Others too have spoken out strongly. Lt Col Sundeep Parija (Retd called the move ‘draconian and illegal’ and said “it will lead to unnecessary heartburn and bad blood with millions of veterans. Quite unnecessary and immensely avoidable. Better to stop it now rather than later.