NewzHook #ChangeMakers are inspiring change where it matters the most 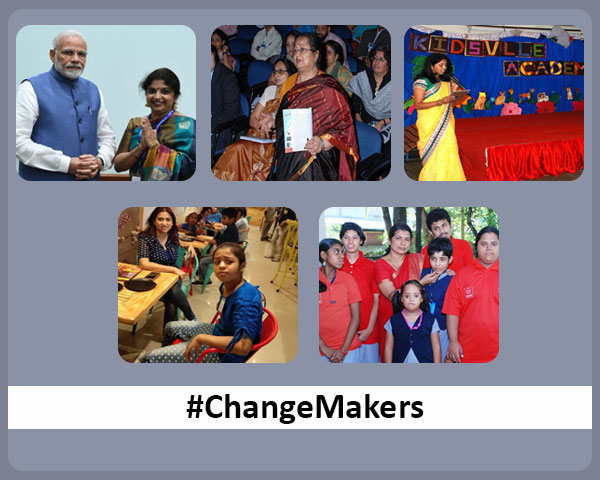 June is when most schools across India re-open for the next term after the long summer holidays and we decided to dedicate the month to profiling educationists who are building inclusion at a stage in life when it’s most critical. In our campaign #ChangeMakers, we profiled school principals, educationists and institutions who are working to ensure that children with disabilities get an equal opportunity.

For someone who became a teacher by accident Shiny Vinson has changed the lives of hundreds of children with disabilities. She started off as a tutor to a child with ADHD and went on to found Navajeevan School For Special Needs in Kochi.

Like Shiny, Elizabeth Philip decided to teach children with disabilities after an encounter with a child with autism touched her heart. Today, as principal of Raksha Special School in Kochi, she is still loved for the personal touch she brings.

For Manju Arif, teaching acquired a new dimension altogether after she spent a few years in England and got to closely observe inclusive education in reality. She brought those learnings to the Delhi Public School Bangalore North where she is the principal. Her efforts have won her the national award.

Someone who has played a key role in mentoring Manju Arif in her efforts to build inclusion is Rukmini Krishnaswamy, Director, Spastics Society of Karnataka. In her column in Newz Hook, she shared her thoughts and experiences on the policy changes needed at the ground level.

Many parents of children with disabilities struggle for want of support and empathy from mainstream schools. Something Nandithaa Shashikanth in Bengaluru and Sonia Jaitley in Noida experienced as well.

Sonia and Nandithaa decided to start schools to specifically support such children as well as their parents. As co-founder of Kidsville Educational Academy, Nandithaa reaches out to children with all disability types, without bias. Sonia’s Orane Kids School
equips children with developmental disorders with academic and vocational skills.